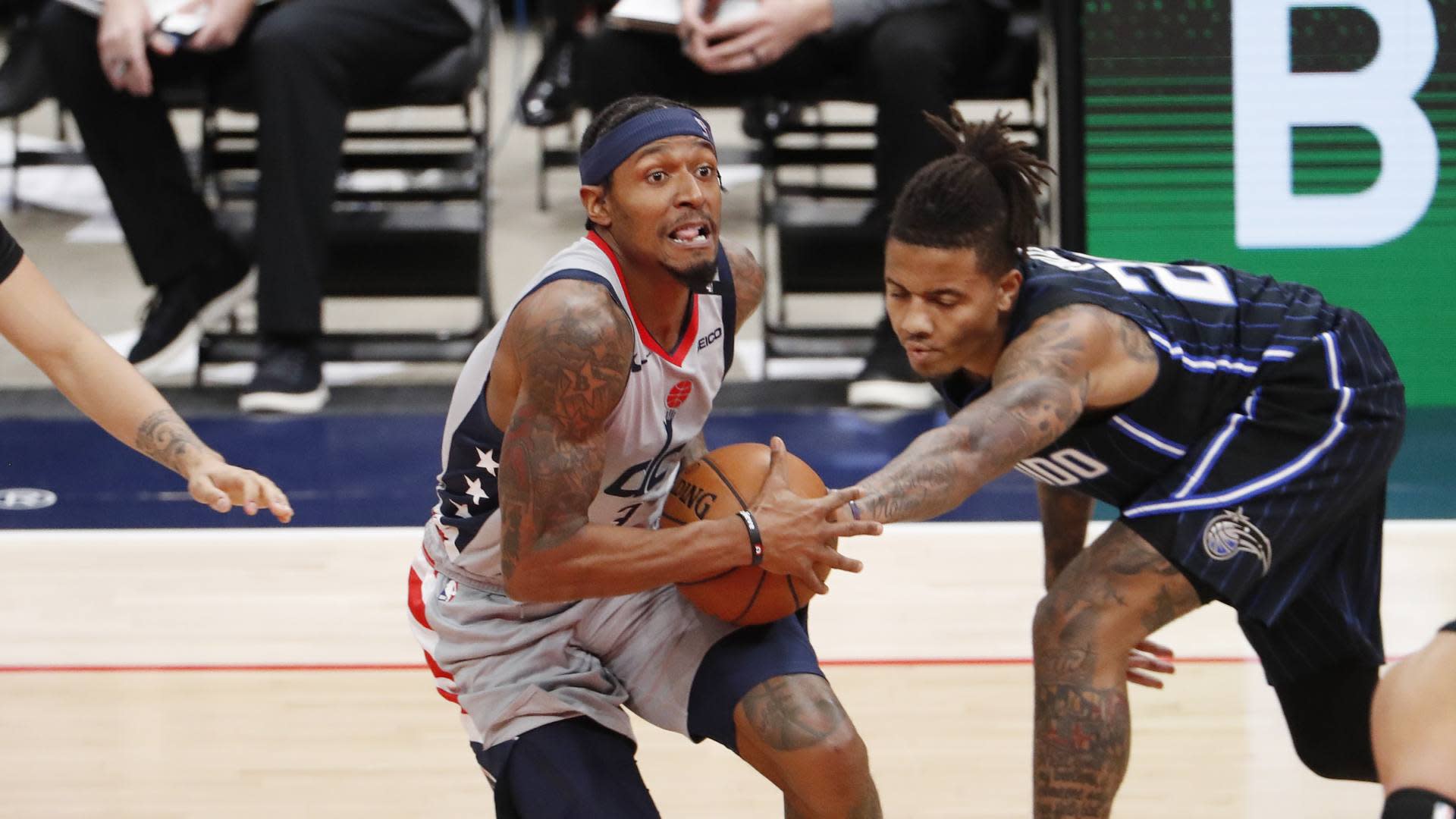 Bradley Beal has said before he planned to help recruit free agents to the Wizards, so it was no surprise on the night they were eliminated from the playoffs when he mentioned he would do the same this offseason.

“My recruiting will definitely start tonight or tomorrow,” Beal said.

What could be different this time around is the effectiveness of the pitch. The Wizards won’t have much money to spend in free agency, but Beal believes they have improved what they can offer to players around the league, whether it be to free agents or anyone potentially coming here in a trade.

The Wizards leveled up this season to make the playoffs for the first time in three years. Beal has blossomed into an All-Star starter and the top scorer in the Eastern Conference two years running. His ability to be effective on and off the ball, plus his level-headed personality, make Beal a compatible teammate with any style of player.

They also now have Russell Westbrook, who proved this season he is still very good by averaging a triple-double for the fourth time in his career. Westbrook’s reputation as one of the best, most competitive players of his generation, and the fact many young players in the league grew up idolizing him, could help the Wizards’ cause.

There is also the way the Wizards play as a group. Beal believes they have developed a culture other players may want to join.

“Hopefully teams watch us and see what we’re capable of doing and how we compete. We’re a very competitive team. We don’t care who it is, everybody laces their shoes up just like we do. We’re going to go out and compete and play hard. Get out and play fast, that’s who we are and what we do,” Beal said.

The Wizards do play fast. In fact, they led the NBA in pace this past season. But more importantly, the “competitive team” label has been backed up by others.

Nuggets star Jamal Murray said last season the Wizards “might be the hardest-playing team in the league.” That brand of basketball is what the Wizards set out to play when they reset their roster beginning in 2019. It was partly in hopes of building a culture other players would want to join and was modeled after how the Nets and Clippers took a similar path to break through in the free agent market.

The Wizards, though, won’t have the salary cap room to bring in a free agent on the level of Kevin Durant or Kawhi Leonard, as those teams did. But they will definitely be looking for difference-makers in free agency while working with the money they can spend, using exceptions and minimum contracts. And it sounds like they will be exploring some trades, which could require a player to sign off on coming to Washington, just as Westbrook did in December.

The right players need to become available, but Beal believes the Wizards will have a better shot at landing them than they would have in the past.

“D.C. is an unbelievable market, a true sports town. So, I don’t see why nobody wouldn’t want to be interested in coming to D.C.,” Beal said. Obviously, recruiting is definitely tough. It’s ongoing. So, I’m definitely looking forward to the summer.”