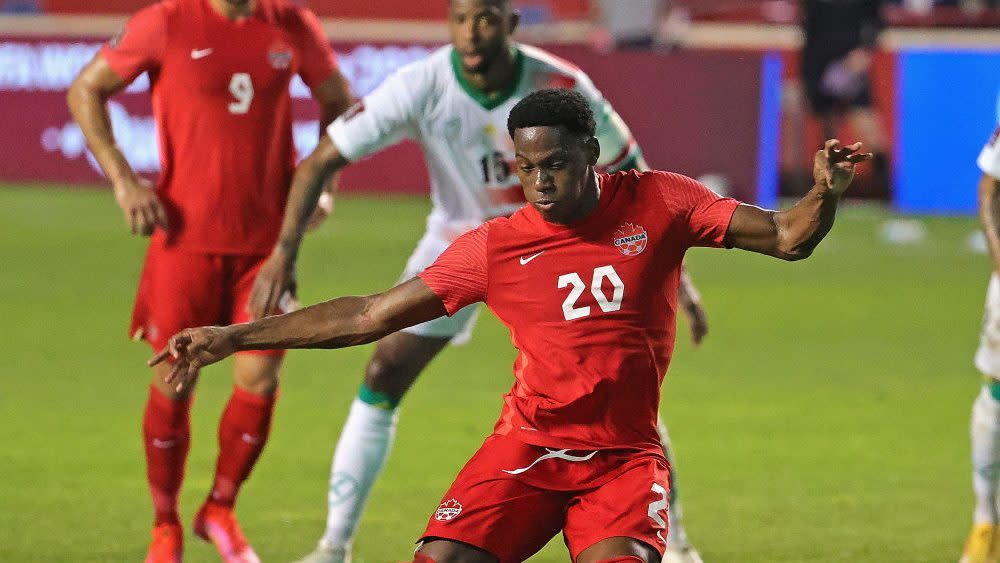 The surprises in the first round of CONCACAF World Cup qualifying steered clear of the final day, where favorites claimed their spots in the two-legged second round.

Saint Kitts and Nevis had already clinched a stunning spot in the next round thanks to Trinidad and Tobago’s baffling draw with the Bahamas, and the Soca Warriors got the smallest measure of revenge when the nations met on Tuesday.

But it El Salvador, Curacao, Canada, Haiti, and Panama who would claim results to put them 180 minutes (or more) from the third round Octagon, where three teams will join the United States men’s national team, Mexico, Honduras, Costa Rica, Jamaica

Curacao only came through via a scoreless draw, but El Salvador, Canada, and Panama went the emphatic route for their places in the second round.

Lille star Jonathan David had a hat trick and Alphonso Davies also scored as Canada blasted Suriname 4-0 while putting 13 of their 16 shots on target.

Panama got an Anibal Godoy goal in the eighth minute and saw late goals from Edgar Barcenas and Cecilio Waterman in a 3-0 win over Dominican Republic, while El Salvador had three goal scorers including former U.S. U-17 player and current Toronto FC defender Eriq Zavaleta in a clean sheet cruise past Antigua and Barbuda.