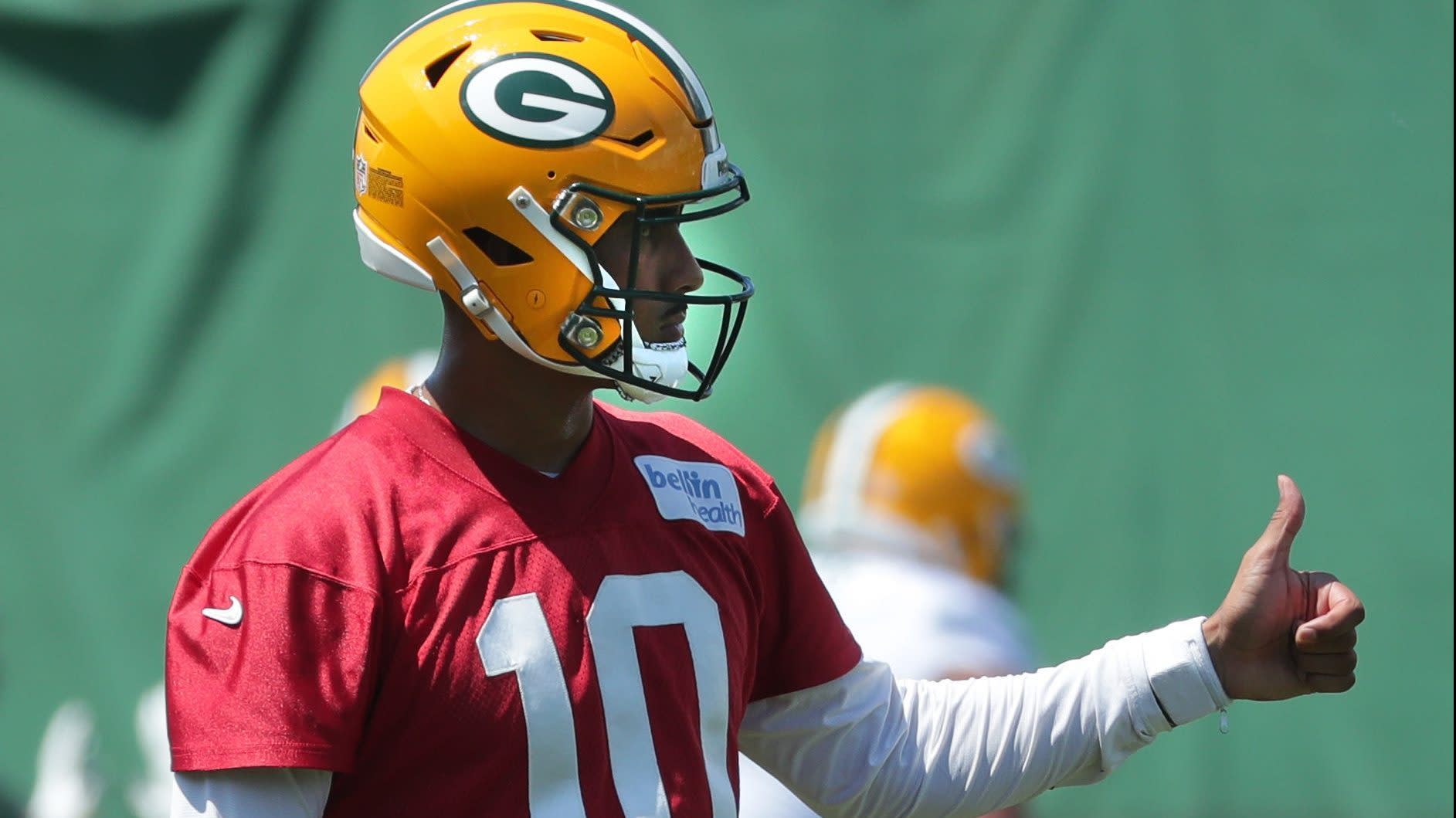 Because Aaron Rodgers is not attending Packers mandatory minicamp, Jordan Love is getting more reps at quarterback.

It appears he’s taking advantage of that opportunity.

Reports from Tuesday’s practice were that Love didn’t have a great day. Per Rob Demovsky of ESPN, Love struggled with his accuracy, going 12-of-23 passing in 11-on-11 work — including sailing a pass over an open receiver on fourth-and-7 during a two-minute drill.

But things changed on Wednesday. Love was 20-of-31 passing in team drills, in one stretch nailing four passes of at least 30 yards. He also concluded a two-minute drill with an 8-yard touchdown pass to Allen Lazard. According to Demovsky, tight ends coach Justin Outten started fanning Love at one point, signifying just how hot he was.

Packers head coach Matt LaFleur said in his Tuesday press conference that Love needed all the reps he could get, especially because there was no offseason program or preseason for him in 2020. One shouldn’t draw any conclusions from a couple days of minicamp, but at least Love seems to be improving from one day to the next.

Time will tell if he can continue to stack those blocks — or if he even gets many opportunities to do so if Rodgers returns to the team.