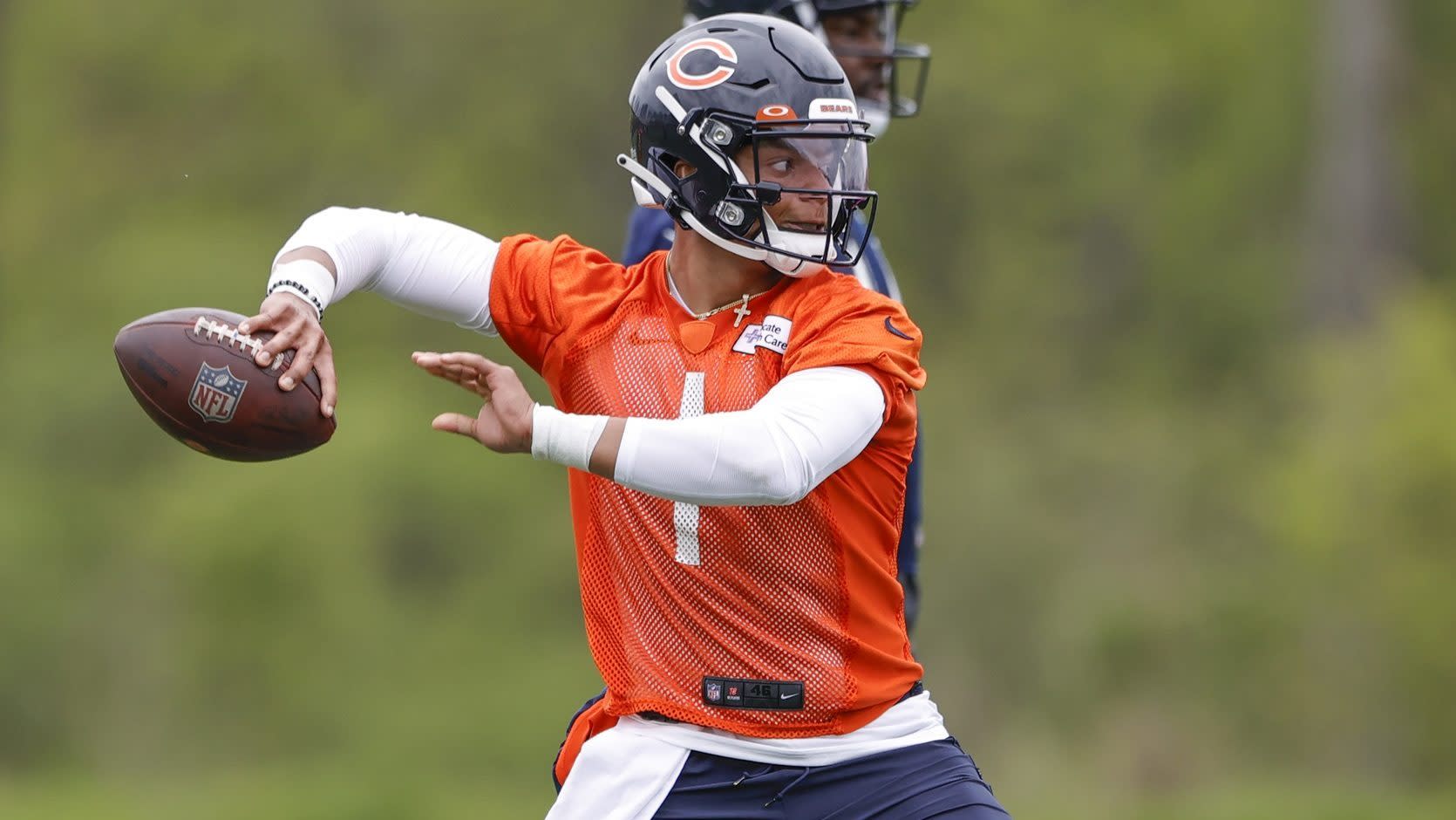 Reporters were able to watch Bears practice on Wednesday and their dispatches suggested that it was a much better day for one of their quarterbacks than the other.

Numerous reporters made note of strong throws by rookie Justin Fields, including a deep ball down the sideline to Damiere Byrd that seemed to earn throw of the day honors. Brad Biggs of the Chicago Tribune was one of those sharing positive reviews of Fields and he also noted that Andy Dalton threw three interceptions during team work.

Head coach Matt Nagy said after the session that he was impressed by Fields’ day and complimented the first-round pick’s approach to the game.

“He has that mentality of rip your heart out,” Nagy said, via multiple reporters.

The Bears have been consistent in referring to Dalton as their No. 1 quarterback before and after Fields’ arrival in Chicago. How long that remains the case will likely be tied to whether future practices continue to play out like Wednesday’s session.