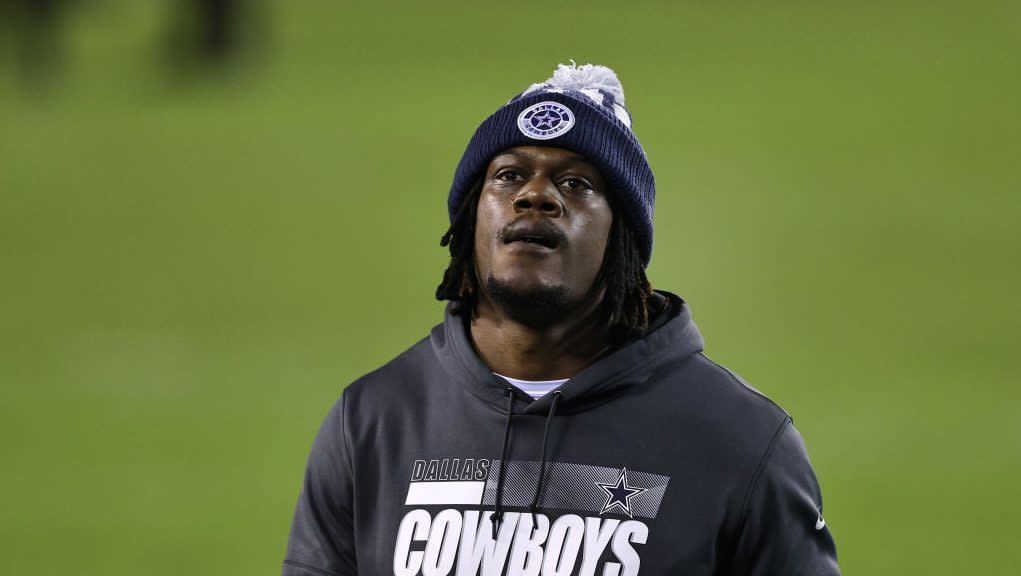 For his first five seasons, the Cowboys couldn’t count on Randy Gregory. Now, he and the Cowboys are counting their blessings.

“I don’t want to get all deep on your guys, but I think that it’s certain levels of self love and just understanding. I don’t know to put it. It’s a lot of self love,” Gregory said Tuesday. “There was a time in my life when you could ask me to say one good thing about myself and I couldn’t. I could say 20 bad things. I have come a long way from that. I can say a lot of good things about myself. I am proud of myself. I am proud of where I am. I am proud of the journey I took. A lot of guys don’t make it as far as I have.

“I have made a lot of mistakes. But I think I have earned what I have gotten whether it’s bad or good, and I am going to continue to do that. My best years are to come. They are ahead of me. Very excited for the future. As long there is a lot of positive thinking and being around the right people, keeping obligations in the right place and having the right priorities off the field and on the field, I will be alright.”

Gregory, 28, is writing one of the NFL’s special comeback stories. He served four suspensions for multiple violations of the NFL’s substance abuse policy, but Gregory has sought help to deal with his addiction and his social anxiety disorder.

He played 10 games last season after being reinstated and made 3.5 sacks and 12 quarterback hits in limited playing time. Gregory has made only one career start but is atop the depth chart opposite DeMarcus Lawrence now, and, for the first time since his rookie season, he is participating in the Cowboys’ offseason program.

“In my past, I had a lot of time to myself not being with the team,” Gregory said. “That was a tough time. Being around the guys in the locker room, day to day, week to week, being around the coaches, it kind of just gives me a purpose.”

Gregory is thoughtful, well-spoken and considerate, making him a media favorite. He’s beloved in the locker room and on the practice field, too, because of his work ethic and his commitment.

Owner Jerry Jones stuck by Gregory, even when others were calling for the Cowboys to give up on him. Now, Gregory can reward the Cowboys.

“It’s been an up-and-down journey. You guys know my journey,” Gregory said. “Another big thing for me this year that kind of goes along with my statement about my role is I’m trying to get away from – and it’s hard, I understand – I want to get away from that past. I feel like there’s a certain narrative you guys have to follow or choose to follow as far as my journey. That’s what people want to read about and hear about, I understand. It’s in the past. I’ve done a great job the last few years with the team on and off the field, and I’m looking forward to the future if that’s three years, five years, whatever it is. I’m having fun. I’m doing what I need to do. The coaches love me; the players love me – at least I think they do – and I’m not worried about all the other stuff. I’m doing a good job.”