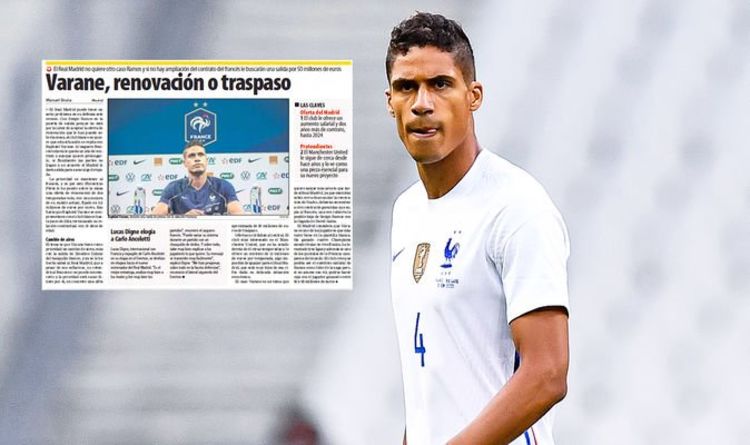 Borussia Dortmund star Jadon Sancho is again heavily linked with a move to Old Trafford after a deal failed to materialise last summer.

Sancho’s England team-mate Harry Kane is also a target for United, so saving money on a deal for Varane would help Ole Gunnar Solskjaer fulfil his transfer ambitions.

Varane was asked about his future ahead of this summer’s Euro 2020 tournament but he said he is fully focused on performing for France.

“This is not the time to talk about my future,” Varane said. “I am focused on the selection, on this Euro.