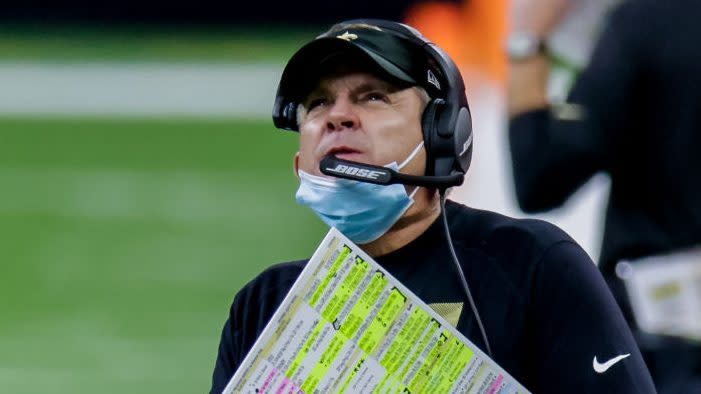 The Saints had a pair of quarterbacks address the media on Tuesday, which served as a reminder of the biggest storyline of their offseason.

Drew Brees retired and the team is holding a competition between Taysom Hill and Jameis Winston to replace him as their starter. The two players have very different styles that would call for different offensive mindsets, but head coach Sean Payton said on Tuesday that the core of the offense will remain the same regardless of which player is ultimately chosen to lead the team.

“We’ve always tried to look closely at the strengths of our players, what they do well and we’ll build a little bit around that player accordingly,” Payton said in a press conference. “And that’s something that we did when Drew first arrived here, and we would do with either these two players. . . . there’s certain things that you might do, specific to one or the other. And yet, there’s still an overall philosophical approach that these guys will learn to play offense. But yeah, it’s not a whole different game plan for each one of them. There are certain things that we would do maybe differently with each one, but we’ll work that out.”

The Saints altered their offseason schedule this year and are not holding formal practices during OTAs, which means the summer will be the time when the competition for Brees’ successor will really take off. Once it does, there should start to be a greater sense of just what the offense will look like come the fall.