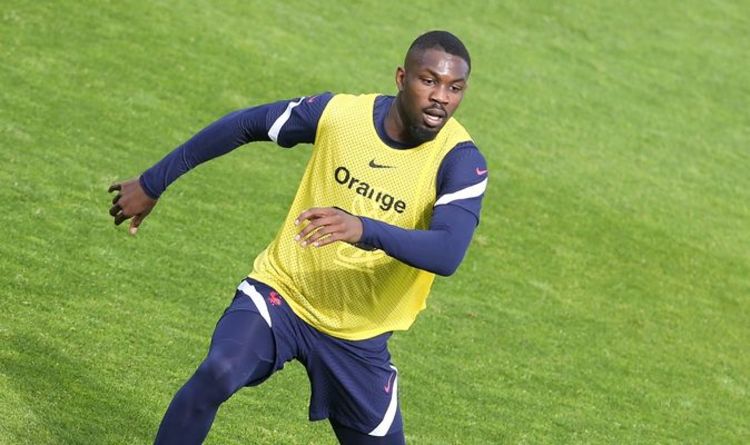 Tottenham are in advanced negotiations with Borussia Monchengladbach star Marcus Thuram ahead of a possible transfer this summer, according to reports.

The 23-year-old would become managerless Spurs’ first signing of the transfer window if he were to join from the Bundesliga side.

His form has earned him a call-up to the France squad for Euro 2020. Thuram has just three caps for Les Bleus and will struggle to earn a place in their starting 11 ahead of the likes of Kylian Mbappe, Karim Benzema and Antoine Griezmann.

He is the son of the former France defender Lillian Thuram.

Spurs are entering the transfer window without a manager having so far failed to replace Jose Mourinho.

Mourinho guided the club to a sixth-placed finish during his first half-season but they were seventh when he was sacked.

But the lack of a manager has not stopped the north Londoners cracking ahead with their transfer plans.

Levy is set to complete the appointment of Fabio Paratici as Spurs’ new sporting director and it seems that the Italian has not wasted any time in setting out how he will improve the squad.

According to RMC, the club have ‘accelerated negotiations’ for Thuram, who joined Gladbach from French side Guingamp in 2019.

He has scored 25 goals in 79 appearances for the German club.

Thuram started his career at Sochaux.

If he signs, it is not yet clear which manager Thuram will play under.

Former Spurs midfielder Ryan Mason was placed in interim control of the first team until the end of the season but will return to his role as head of player development in the club’s academy.

It seemed last week that Antonio Conte was set to be appointed but the two parties were too far apart in their plans to take Spurs forward and talks broke down.

Levy has previously suggested that he will look to move away from the rigid style under Mourinho and appoint a more progressive coach who plays attacking football and uses the club’s academy system.

“We are acutely aware of the need to select someone whose values reflect those of our great Club and return to playing football with the style for which we are known,” Levy said in a statement last month ahead of the club’s final home game of the season against Aston Villa.

“[That is] free-flowing, attacking and entertaining – whilst continuing to embrace our desire to see young players flourish from our Academy alongside experienced talent.”

We’ll be bringing you the very latest updates, pictures and video on this breaking news story.
For the latest news and breaking news visit: express.co.uk/sport/football
Stay up to date with all the big headlines, pictures, analysis, opinion and video on the stories that matter to you.
Follow us on Twitter @DExpress_Sport – the official Daily Express & Express.co.uk Twitter account – providing real news in real time.
We’re also on Facebook @DailyExpressSport – offering your must-see news, features, videos and pictures throughout the day to like, comment and share from the Daily Express, Sunday Express and Express.co.uk.