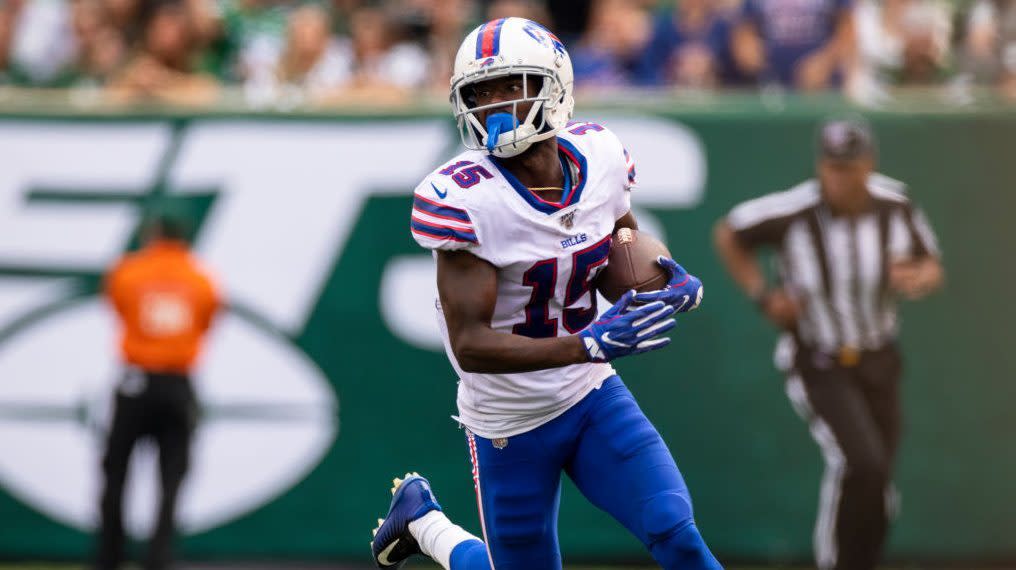 After the departure of Nelson Agholor to the New England Patriots this offseason, new addition John Brown is eager to show he can be an important piece of the Las Vegas Raiders Offense this season

“The offense is set up nicely and I just wanted to be a part of it,” Brown said Wednesday, via W.G. Ramirez of the Associated Press. “I know this is a team that is up and coming and they’re building, so I felt like I can help out.”

Brown signed with the Raiders this offseason after two years with the Buffalo Bills. Brown posted a 1,000-yard season in Buffalo in 2019 with six touchdowns before injuries limited him to just nine games played last season. With Agholor leaving the squad, the Raiders needed an extra piece at receiver to round out their pass-catching group. Darren Waller is a highly-productive option at tight end and last year’s first-round pick Henry Ruggs III is hoping to take a stride forward in his second season. Hunter Renfrow has already shown to be a capable option in the slot as well during his two seasons with the team.

But the Raiders still needed one more piece on the outside to complement the group and Brown believes he’ll fill that role nicely. He also believes he can help the guys around him improve as well.

“With Derek [Carr[, it’s always great going in with a new quarterback, trying to figure guys out,” Brown said. ” I feel like I can help out in the role and teach the guys how to become a veteran because we have a great group and these guys, they play well. And I think they’ll do even better this year.

“We’re trying to figure each other out. And I can bring a veteran standpoint, be able to help out.”

Cesc Fabregas lifts lid on ‘most underrated’ player he played with