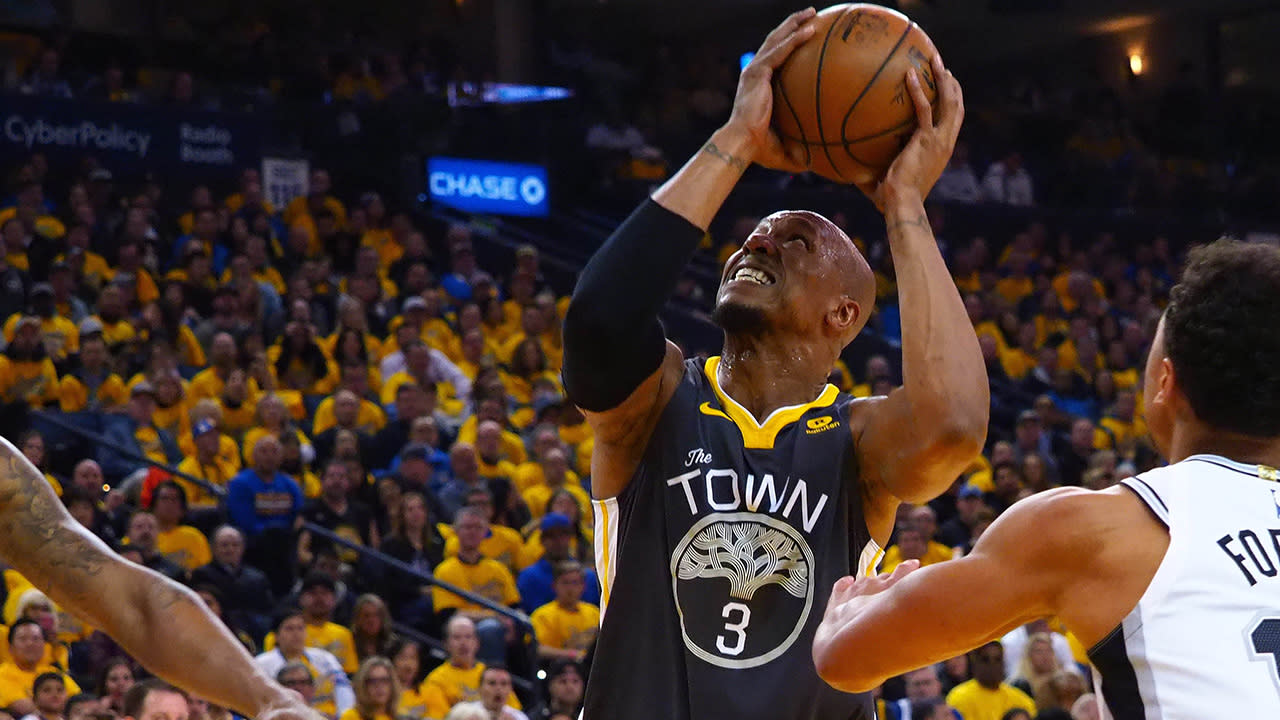 The Warriors have made it clear that this offseason they are in dire search of veteran help to solidify their roster next season. With only the taxpayer mid-level exception (TPE) and veteran minimum at their disposal, resources are limited to acquire the perfect players. However, Bob Myers and Co have brought in those exact pieces in the past on bargain deals, so the precedent has been set before. Though times have changed, and the Warriors are no longer the same automatic title-contention destination they once were, they still hope to convince veterans that the opportunity is there to return to the glory years.

Let’s take a look at the five best bargain veteran free agents that this current regime has signed in the last decade:

Sometimes it is hard to remember how rare it was for veterans to actually want to come to the Warriors before they became an NBA powerhouse. However in 2013, when the Warriors were still in the cellar, a tight-knit relationship with his former agent Bob Myers, brought former star center Jermaine O’Neal to sign a one-year, $2 million deal to be the backup for the newly acquired and oft-injured Andrew Bogut.

O’Neal would bring much-needed veteran leadership to the young, hungry team, as well as grit on the defensive end led by head coach Mark Jackson. O’Neal played in 44 games in the regular season, averaging 8 points and 5.5 rebounds per 20 minutes of action, and later would be an essential bench piece, and fill-in starter, that pushed the Los Angeles Clippers to seven games in the first round of the playoffs.

In the summer of 2016, the Warriors were in search of big men to fill the void left by the departure of Bogut and Festus Ezeli. The team decided to give the enigmatic JaVale McGee a training camp look, partly because his former Nuggets teammate, Andre Iguodala, vouched for him. What seemed like a laughable flier turned into a key development as he earned a role as their more athletic, above-the-rim backup center.

His unpredictable, aloof personality, which had been to his detriment in the first half of his career, developed into a more mature yet goofy demeanor, and became a staple on a fun-loving Warriors team. McGee would end up playing two productive years with the team, and help earn them titles in both seasons.

Back in early 2016, Dallas Mavericks center Zaza Pachulia was picking up steam in the All-Star race before eventually just missing the mark. Nearly six months later, the Georgia-born, veteran big man turned down some lucrative offers around the league to sign with the Warriors on a bargain deal just north of the veteran minimum. Pachulia automatically stepped in as the replacement starter for Bogut to the dismay of many NBA executives, as ESPN writer Zach Lowe tweeted out on July 5, 2016: “I have gotten almost as many angry texts/etc from team execs about GSW getting Zaza for nothing as I did re: GSW signing KD.”

Surely those executives were being hyperbolic, but Pachulia did bring toughness to the starting lineup with his vicious screens and high-IQ play. Like McGee, Pachulia would play two seasons for the Warriors and win titles in both.

After two unsuccessful playoff runs, the Warriors fired head coach Mark Jackson and replaced him with Steve Kerr. Kerr, the former GM of the Phoenix Suns, reunited with his former player Leandro Barbosa, as the team searched for a scoring punch off the bench to deepen their roster in hopes of title contention. Many overlooked the signing, assuming that Barbosa was already over-the-hill and not able to be a major contributor at that point. They were wrong.

Barbosa ended up being a very impactful bench player for the Warriors’ championship run, and possibly their best pure offensive weapon off the bench in the Kerr era (there are hopes that Jordan Poole has/will supplant him). While he never put up gaudy numbers, he brought a fast-paced, attacking style to the second unit and helped earn the Warriors their first NBA title from the recent dynasty.

Every time the Warriors front office and coaching staff speaks about the need for the team to bring in a veteran presence to help stabilize the locker room and bring postseason experience on the court, they always reference David West as their prime example.

Back in 2015, West turned down a player-option just north of $12 million with the Indiana Pacers, to sign with the San Antonio Spurs on the veteran minimum in hopes of making a title run. Unfortunately for West, the Warriors would win a record 73 games that season and dominate the Western Conference. In 2016, West would then jump ship from the Spurs, and join the Warriors on a veteran minimum deal to help bring some stability to the team after their shocking loss to the Cavaliers in the 2016 Finals. And he did exactly that.

West was the leader of the second unit for the Dubs, playing stout defense coupled with highly efficient scoring and precise passing. His ability to read the court and solidify the paint enhanced a loaded veteran bench unit with Iguodala and Shaun Livingston. West served as a de facto player-coach and helped regulate the egos behind the scenes. The team sorely has missed his presence since he retired, and still are searching for a suitable replacement, if it ever exists.

Since the Warriors missed the playoffs this season and fell short of their goals, it would be hard to put Bazemore over any of the other five. However, in terms of signing a veteran to the minimum deal, Bazemore put up fantastic production for his role. He would end up playing about 20 minutes per game on the season, bringing high energy to the court, as well as a career-best 41 percent shooting beyond the arc.

Sure, there were moments in games that Bazemore frustrated the coaches, and fans. But for the type of contribution the Warriors received on and off the court from a veteran on a minimum deal, they can only be so lucky to replicate that again.