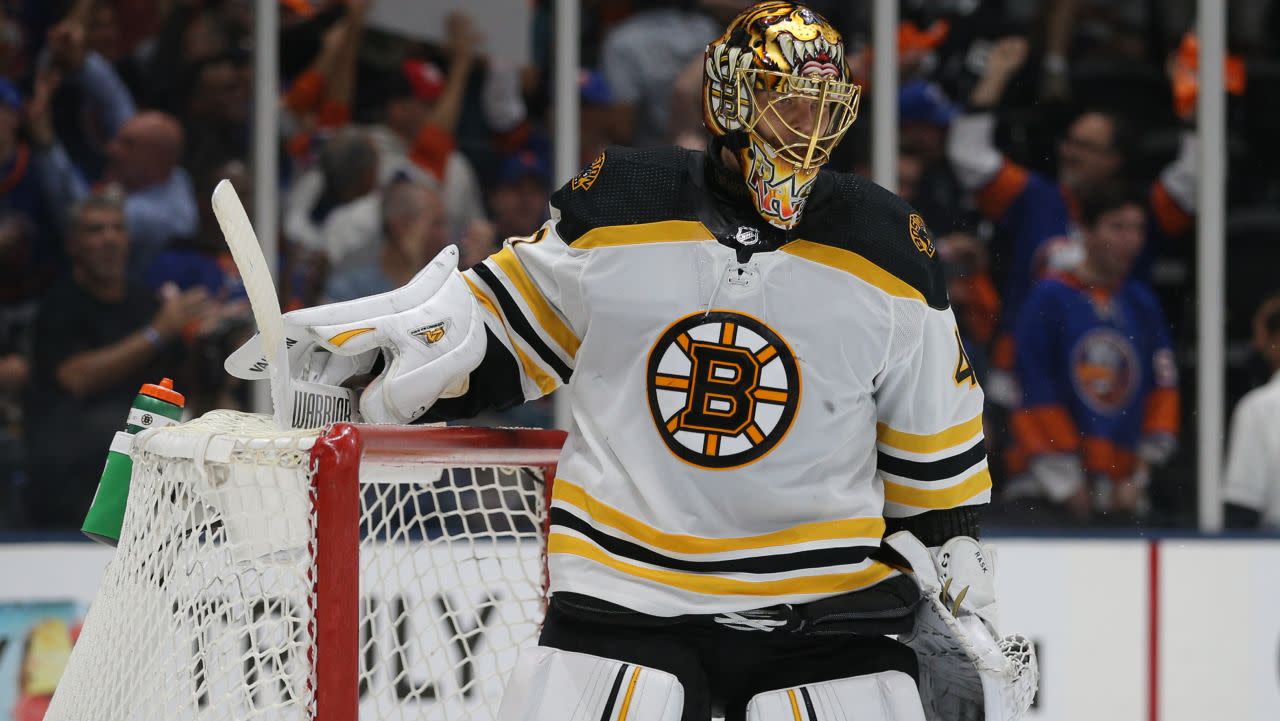 Bruins goalie Tuukka Rask didn’t play well in Game 6 against the New York Islanders, and it was one of the reasons why Boston’s season came to an end in a 6-2 loss Wednesday night.

The veteran goalie was deemed healthy enough to start despite being pulled after two periods in Monday night’s Game 5 defeat. Rask has been at less than 100 percent health throughout the 2021 Stanley Cup Playoffs, but the B’s stuck with him in the most important game of the season.

Rask made 23 saves on 27 shots — his second consecutive game giving up four or more goals.

“It wasn’t good enough to win, but neither were we. So, this isn’t on Tuukka,” Cassidy explained. “When you lose the (Kevan) Miller’s and the (Brandon) Carlo’s, guys who play minutes for you and other defensemen come in, other people in the lineup have to pick them up and do their job. Whether it’s the forwards scoring more goals or the goalie keeping the puck out of the net or we defend better. It’s a mix of all those things.

“Of course (Rask) could’ve been better, and as I alluded to earlier, there were some rebounds that we could’ve cleared or controlled better. But we mismanaged some pucks and put him in some bad spots as well. This is a team loss all the way down the line.”

Rask assessed his own performance, too.

“I could’ve made a couple more saves, definitely,” Rask admitted. “I should’ve made a few of those saves to keep it tighter, but, you know, I didn’t do it today and the season ended. It’s disappointing, but I battled and I tried and just fell short.”

Rask’s future is the biggest storyline surrounding the Bruins ahead of a pivotal offseason.

He’s 34 years old and his contract is about to expire, which will make him an unrestricted free agent this summer. Rask also dealt with injury all year and played in just 24 of the team’s 56 regular season games. He confirmed after Game 6 that surgery is a possibility for him in the offseason.

The emergence of rookie Jeremy Swayman as a capable NHL goalie in 2021 also could factor into whether Rask wants to come back or if the Bruins want him back.

It’s possible that Wednesday night was Rask’s last game in a Bruins sweater. If that’s the case, he had an excellent career in Boston. But the lack of a championship as the starting goalie would forever be a major part of his legacy here.