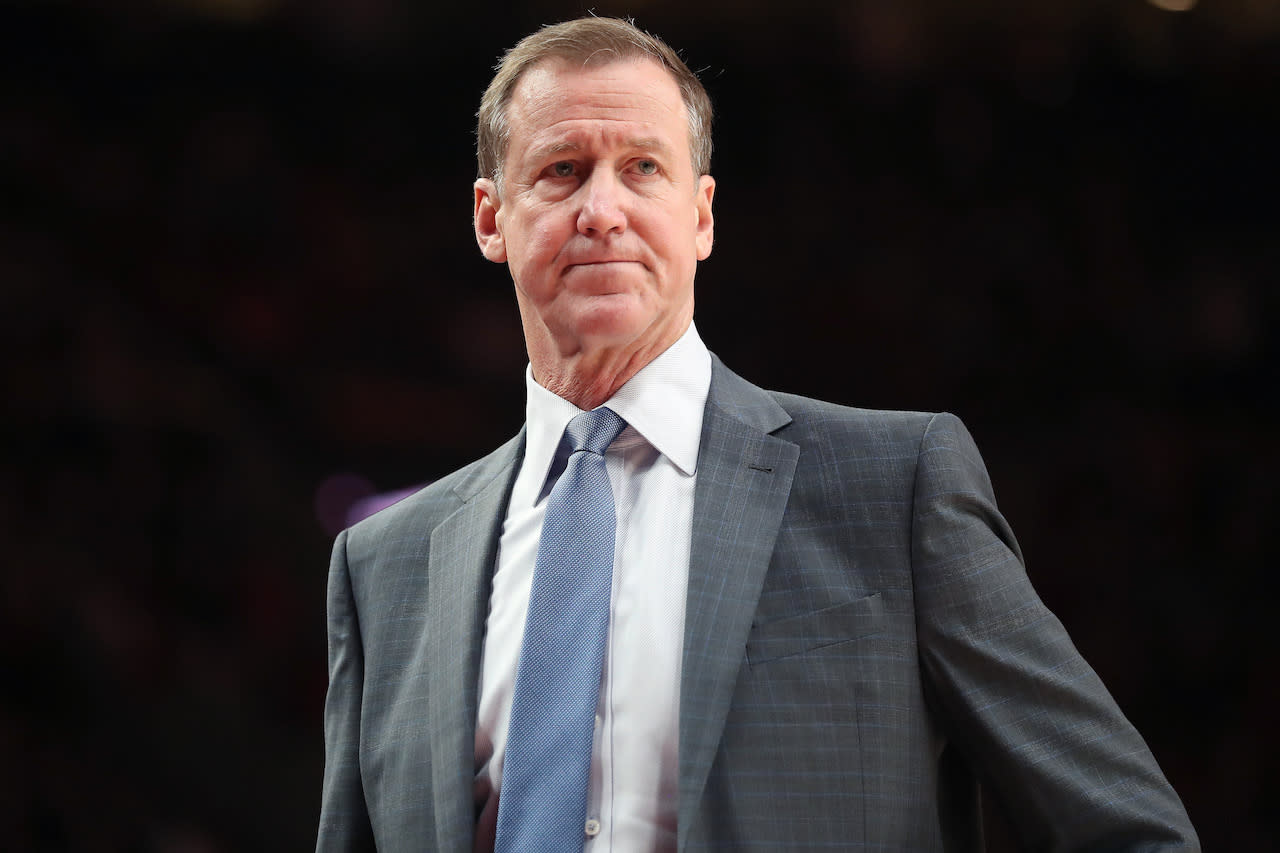 Which is the better fit for Terry Stotts: Orlando or Indiana? originally appeared on NBC Sports Northwest

Both vacancies have occurred over the past week with the Magic mutually parting ways with Steve Clifford and the Pacers firing Nate Bjorkgren after a season.

Stotts seems to be in an ideal position of having options. Which begs the question, which choice is right for him.

Compared to the Pacers job, the Magic aren’t appealing.

The franchise has missed the playoffs seven of the last nine seasons and just traded away their core — Nikola Vucevic, Evan Fournier, and Aaron Gordon — which helped them reach the playoffs the last two seasons.

Last season 28 players appeared in at least three games for the franchise and making the playoffs isn’t in their immediate future.

As of right now, the team could have seven first-round picks in the next five drafts. That’s their future.

Stotts is coming off eight straight playoff appearances and the only similarity between the Blazers and Magic is their core setup.

Orlando would be relying on Markelle Fultz and Cole Anthony, two scoring guards like Damian Lillard and CJ McCollum. Along with a respectable center in Wendell Carter Jr., similar to Jusuf Nurkic.

Last season, the Pacers were a team where injuries coupled with internal dysfunction led to their five-year playoff streak ending.

Entering the 2020-’21 campaign, hopefully with health, the team would have their first full season with Caris LeVert, Malcolm Brogdon, Domantas Sabonis, and Myles Turner.

A team that’s a summation of the franchise since their 2014 appearance in the Eastern Conference Finals: not good enough to win a championship, not bad enough to contend for a high lottery pick.

They’re a team in the middle.

Although the team doesn’t have an upward trajectory, the roster is leaps and bounds better than the Magic’s.

All of the Pacers’ core players have All-Star potential, including Sabonis who made the team a season ago, and LeVert, who averaged 20.7 points, 4.9 assists, and 4.6 rebounds in 35 games with the team.

One of the biggest differences between the Pacers and Blazers is ball movement. Indiana was second in passes per game (307.6) and assists (27.4), while Portland was last in both categories.

The Blazers relied heavily on Lillard and McCollum, with the team leading the league in isolations per game. The Pacers were in the bottom of six of that category.

Although Lillard and McCollum are great on offense, Stotts would have more diversity with his offense in Indiana. A season ago the team had four players averaging over four assists — Sabonis, Brogdon, LeVert, and T.J. McConnell.

Sabonis was their best player a season ago, averaging 20.3 points, 12 rebounds, and 6.7 assists. He also was fifth in the league in double-doubles (48) and triple-doubles (9).

Due to the team’s litany of injuries, the Pacers may have over-relied on Sabonis. He was second in touches per game. Less than Nikola Jokic, but more than Russell Westbrook, James Harden, Luka Doncic, and LeBron James.

The Pacers seem to be the more appealing option, especially with the unknown of what they look like healthy.

Conclusion: The answer is the Pacers. A team in the middle with respectable pieces. It’s hard to imagine Stotts would be interested in the rebuilding job in Orlando.