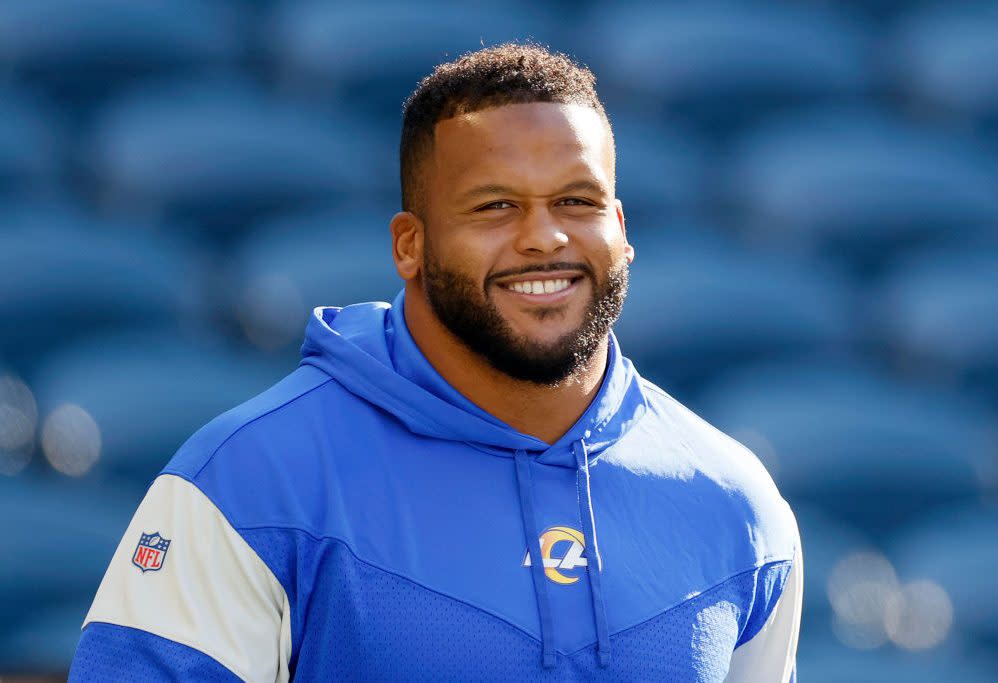 Rams coach Sean McVay did not mention Aaron Donald‘s knee injury at his pre-practice news conference. So the team’s practice report caused a stir when it mentioned Donald missed practice with an injury.

A Rams spokesman told beat writers that Donald experienced swelling after banging his knee into another player’s knee during last Thursday’s game.

Donald is expected to play Sunday, though he might not practice again Thursday with the team “being smart with it.”

Watch: Matthew Stafford was mic’d up during win vs. Lions