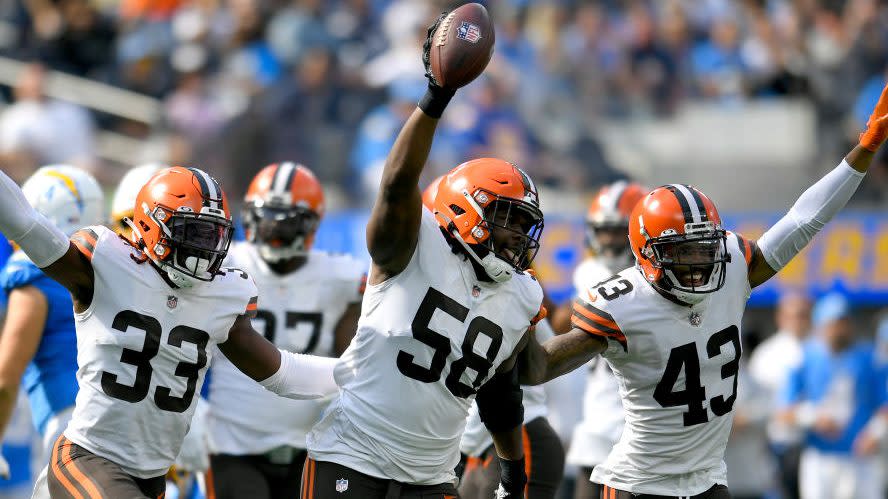 Defensive tackle Malik McDowell seemed like an unlikely bet to become a contributor when he signed with the Browns this offseason, but that’s just what’s happened over the first weeks of the 2021 season.

McDowell was a 2017 second-round pick of the Seahawks, but injuries from an ATV accident before his rookie season kept him from getting on the field that year and he was out of football after being waived the next year. Several legal issues eventually led to him spending 11 months behind bars, so it seemed like a long shot that McDowell would be able to convince the Browns to give him a spot in their lineup,

McDowell has done more than that, though. He’s started all five games and recorded his first NFL sack and fumble recovery in last Sunday’s loss to the Chargers. Fellow defensive tackle Malik Jackson said he’s been impressed by what he’s seen from McDowell.

“It’s one of those things that it’s just nice to see him blossoming and doing what he’s doing in practice on gameday,” Jackson said, via Scott Petrak of BrownsZone.com. “Because he’s a dominant player and he’s only getting better.”

McDowell said he’s focused on “always elevating” his game and that he continues learning more about the game after his extended layoff, which he believes will make him an even more effective player as his improbable comeback continues this season.

Builds confidence for defense to close out the way we did