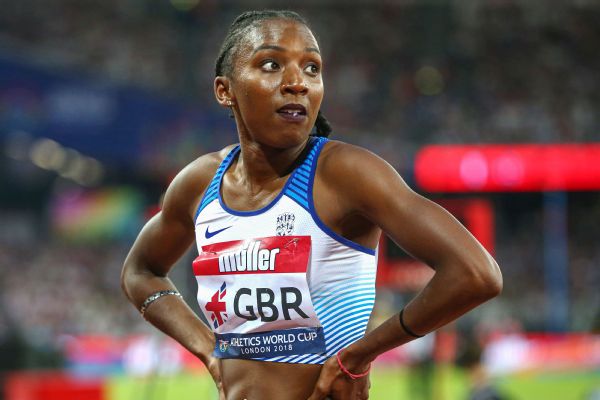 LONDON — Five officers from London’s Metropolitan Police will face a gross misconduct hearing over the stop and search of two Black athletes, the force said Wednesday.

Bianca Williams and her partner, Ricardo Dos Santos, who are both professional sprinters, were stopped in west London on July 4, 2020, while traveling with their 3-month-old baby in a car. Both were handcuffed and searched, but nothing was found.

Williams, a sprint relay gold medalist at the 2018 Commonwealth Games and 2018 European Championships, accused police of racial profiling and filed a complaint.

“I welcome this decision and hope this opens the door for the Met to start being more honest and reflective about the culture of racism which is undoubtedly still a reality within the organization,” Williams said in a statement released by the couple’s lawyers.

The Independent Office for Police Conduct, which handles complaints against police in England and Wales, said the five police officers involved in the stop will face a disciplinary panel that “will decide whether allegations that they breached professional standards are proven.”

The police force has apologized for the distress caused to the two athletes. It said the officers patrolling the area stopped and searched the car because they believed it was “being driven in a manner that raised suspicion.”

London Mayor Sadiq Khan said he was “disturbed” by the incident and said it highlighted the need to overhaul the leadership of the Metropolitan Police, Britain’s largest police department.

“This case is yet another example of why it is vital that the next commissioner has a more effective plan to tackle the serious cultural issues within the Met Police and to regain the trust of Londoners,” Khan said Tuesday.

The police force acknowledged that its tactics have a “disproportionate impact on some communities” and said it has recently updated its policy on the use of handcuffs before an arrest has been made to ensure a clear framework on when this is appropriate.