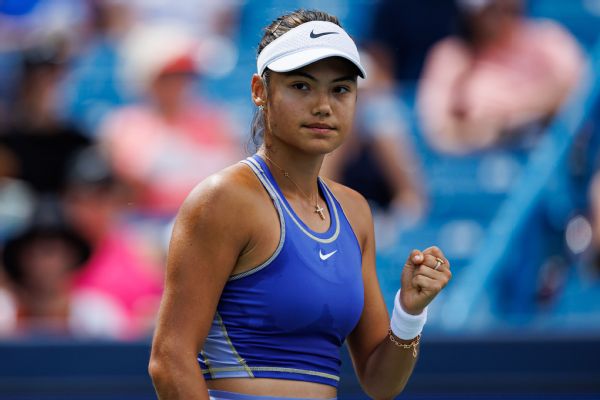 MASON, Ohio — US Open champion Emma Raducanu routed Victoria Azarenka 6-0, 6-2 on Wednesday in the second round of the Western & Southern Open.

The 19-year-old Raducanu won the final seven games against Serena Williams on Tuesday and the first 10 against Azarenka. Seeded 13th, Raducanu set up a match against No. 8 Jessica Pegula.

“I try not to think about the score,” Raducanu said. “I just try to focus on collecting points. I’m always concerned when things are going well. I always feel like something could go wrong.”