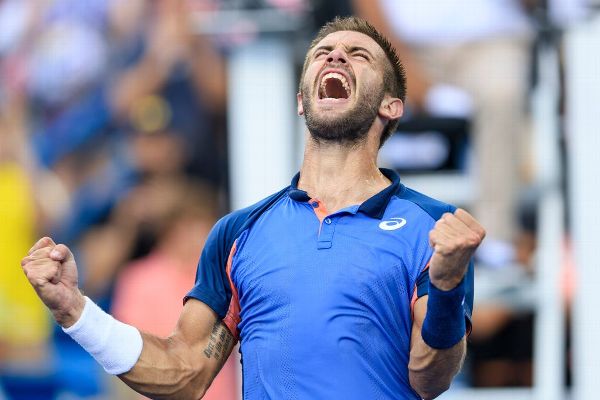 MASON, Ohio — Borna Coric continued his headlong rush up the men’s rankings, completing an improbable run to the Western & Southern Open championship with a 7-6 (0), 6-2 win over No. 5 Stefanos Tsitsipas.

Coric, 25, is expected to be ranked 29th going into the U.S. Open. He opened the tournament at 152 before upsetting five seeded players and four in the top 10, including Rafael Nadal.

The Croatia native entered the tournament on a protected injury ranking.

The 24-year-old Tsitsipas, from Greece, was trying to become the first man this season to win championships on all three surfaces — hard court, grass and clay. He has won a tour-high 46 matches this season.