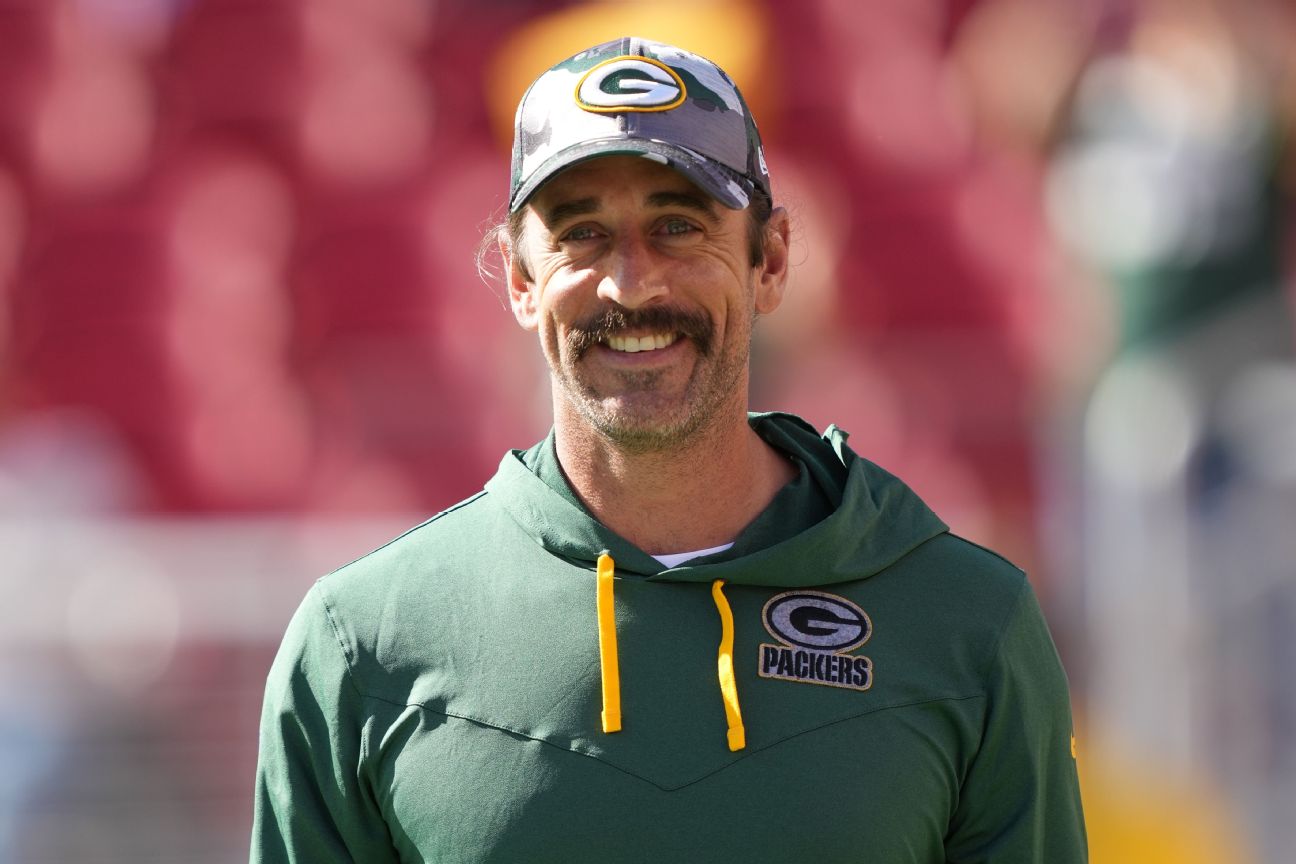 GREEN BAY, Wis. — Aaron Rodgers has noticed a difference already. In the week since the Green Bay Packers quarterback called out his young receivers, he said he’s been encouraged by their progress.

There still have been miscues — rookie Romeo Doubs dropped two more passes in last Friday’s preseason game against the Saints. But there also have been big plays by Doubs, the fourth-round pick who caught a touchdown pass for the second straight exhibition game, along with improvement from seventh-rounder Samori Toure and a fast start from second-round Christian Watson after missing the first half of training camp following knee surgery.

“I feel like the offense — especially in the last week or so — has been clicking closer to where I think we should be trending,” Rodgers said Monday.

None of the rookie receivers has experienced game action with Rodgers; he did not play in either of the first two preseason games, although coach Matt LaFleur said he will consider playing in Thursday’s preseason finale at Kansas City.

The new receivers had only two practices with Rodgers before training camp. Both were in the June mandatory minicamp; Rodgers skipped everything else in the offseason. He discounted the idea that they might be further along had Rodgers been a participant in OTAs.

“You know, not really,” Rodgers said when asked if participation in OTAs would have made a difference. “Training camp is a long experience. There’s plenty of time for conversations, for practice, for a lot of the things that expect them to do in the regular season. I rely on the coaching staff to pass on the message as we’re learning the offense, and then I’m kind of the 202 professor. They’ve got to get kind of the base concepts and when I come in, we have the offense outside of the paper offense.

“I feel like there’s been a few guys who’ve made a jump mentally as we’ve gotten into the second and third week of camp. Sammy [Watkins] being one of them, I feel like he’s been playing faster and making more precise decisions. But again, you’ve got to have realistic expectations for all our guys, not just the young players.”

At the time of Rodgers’ comments last week, he had yet to practice with Watson, who had just come off the physically unable to perform list.

Rodgers offered a crash course to Watson, and he said it has been well received.

“Yesterday we did kind of a spur-of-the-moment adjustment in a period, and I told him what to do in the huddle, and it’s something he’s never done before, and he went out and did it perfect,” Rodgers said. “It’s those little things like that that start to gain that trust and that confidence and gets you excited about things.

“Now Doubs has done a lot of really nice things, but I think the standard for him is not going to be maybe the standard for a normal rookie we’ve had here in the past, especially in the past four or five years, because he’s going to be expected to play based on his performance so far in camp. So we’ve got to hold him to a standard that I know he’s capable of reaching. But he cares about it, he’s a great kid, he’s made some instinctual plays that you just can’t really coach.”

The Packers have to replace All Pro receiver Davante Adams. They also have questions on the offensive line, where their top-two players, David Bakhtiari and Elgton Jenkins, still have to work their way back from knee injuries.