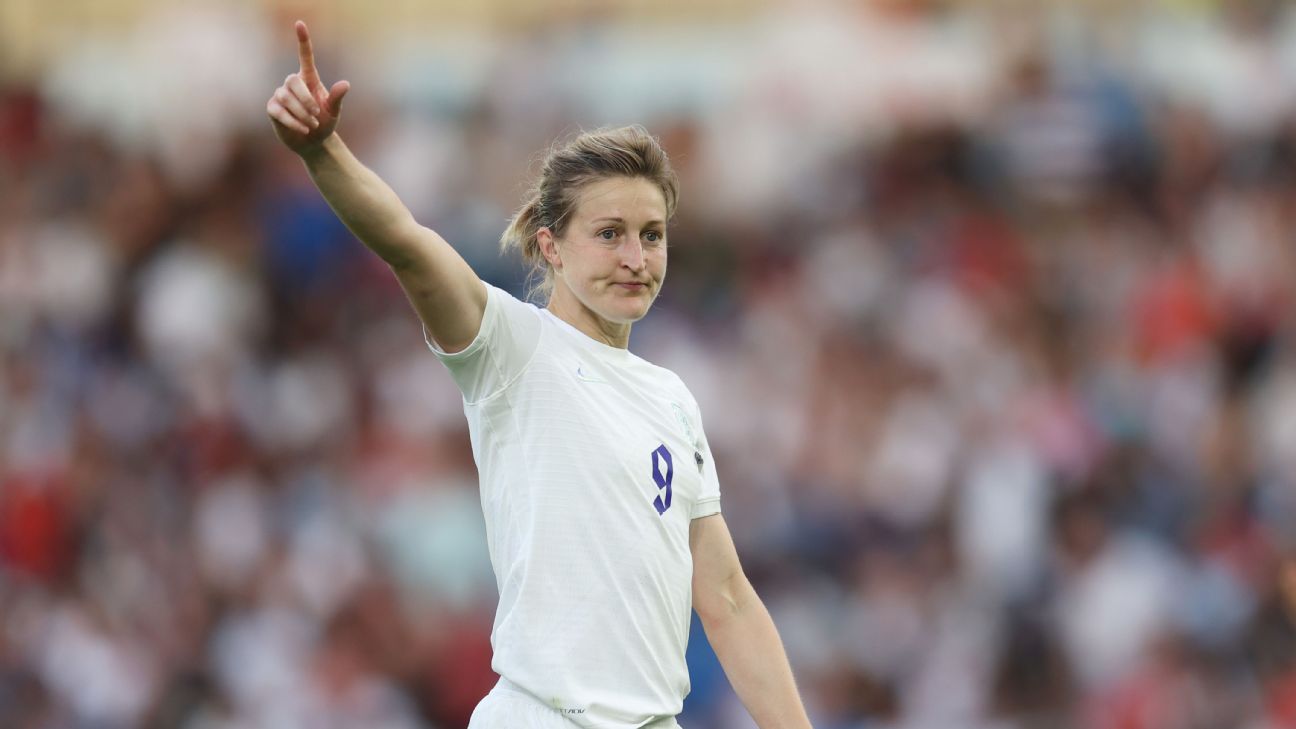 England striker Ellen White has announced her retirement from football.

White, 33, helped England to their triumph at this summer’s European Championship and on Monday called time on a career which sees her finish just one goal short of equalling Wayne Rooney’s record as England’s all-time top-scorer.

White scored 52 goals for England over a 12-year international career, which saw her win 113 caps. She also played for Team GB in the 2012 and 2020 Olympic Games. At club level she played for Chelsea, Leeds, Arsenal, Notts County, Birmingham City and Manchester City.

“This has been one of the hardest decisions of my life but one that I know is the right decision for me,” White said in a statement. “This decision has always been one I have wanted to make on my terms. And this is my time to say goodbye to football and watch the next generation shine

“It has been my greatest honour and privilege to play this game. In particular playing for England has and always will be the greatest gift.”

Wishing @ellsbells89 the very best for her next chapter, after the #Lionesses‘ all-time record goalscorer announced her retirement from football. pic.twitter.com/1mlbyOFSnY

England manager Sarina Wiegman paid tribute to White, saying: “Ellen has given so much for England and we are all so proud of her. I have only had the pleasure of working with her for this past year, but her professionalism, work rate and finishing ability is world-class.

“This summer, she did an amazing job for the team, she is the perfect team player and helped the younger players to find their way in international football. I already knew she was a great player but I found an even better person. We will miss her, but I fully understand her decision to take a new direction.”

White started all six of England’s matches in this summer’s European Championship, scoring twice in the competition. “My dreams came true on the 31st July, winning The Euros and becoming a European Champion,” White added. “I have been very lucky to have played for a number of teams in my career. It has been a huge honour to have represented some of the biggest clubs in England and to have worn the shirt and created some unbelievable memories.

“Thank you to all the clubs that have given me the opportunity to be a part of your football club.”

White’s England career saw her finish third place in the 2015 Women’s World Cup, and she helped the Lionesses to their semifinal finish in 2019. At club level she won three FA Cups and two WSL titles during her spell at Arsenal.

Baroness Sue Campbell, The FA’s director of women’s football, added: “Ellen White will long be remembered as a model for others to follow. It is not just about her record-breaking 52 goals and performances on the pitch, but about the standards she set and the way she conducts herself.

“A true leader of women, it has never been about Ellen White for her – even when she was scoring the crucial goals or giving everything she had, it was always the team first. She is a legend of the modern game.”