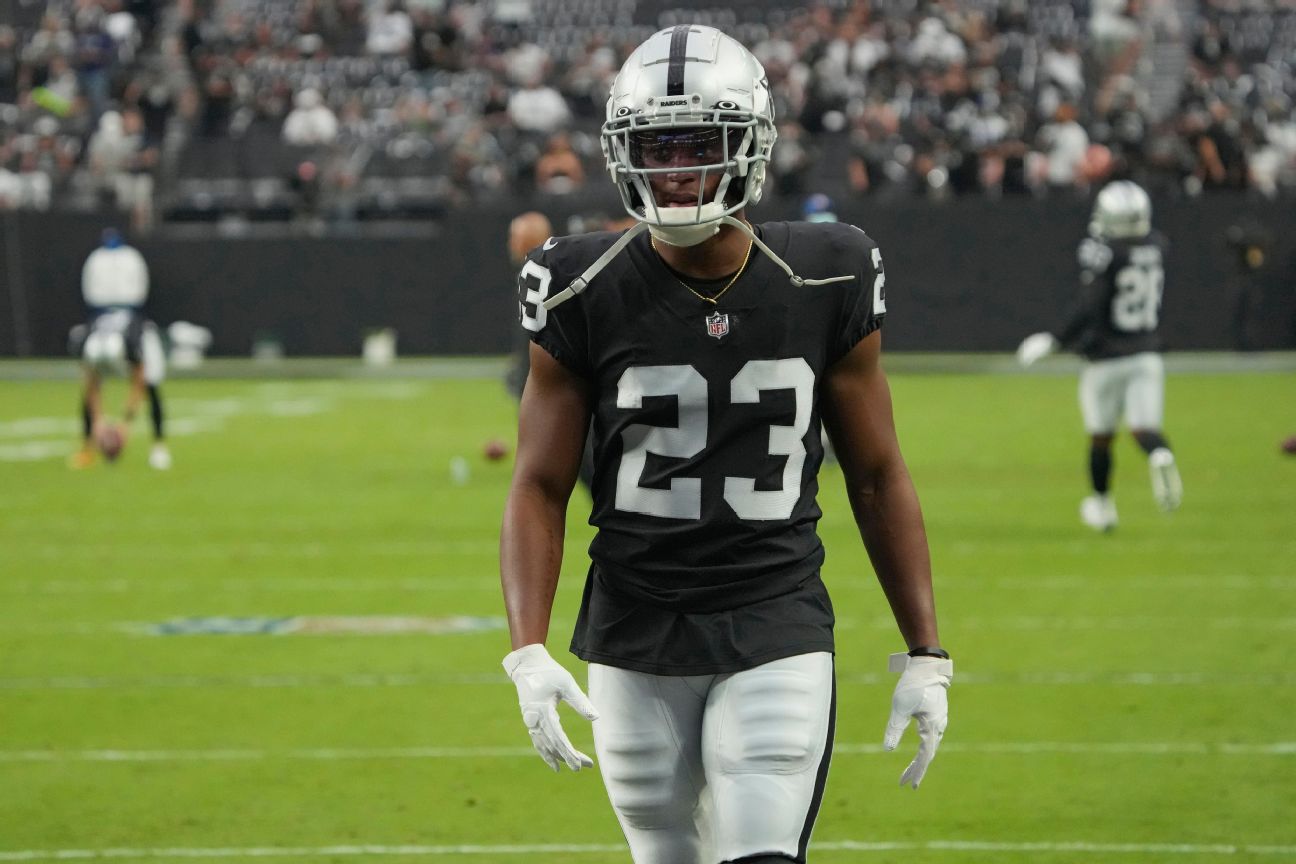 HENDERSON, Nev. — The Las Vegas Raiders plan on releasing veteran running back Kenyan Drake and absorbing a $3.6 million salary cap hit this year and $4.4 million in 2023 as a result, a source confirmed to ESPN.

The news was first reported by NFL Network.

Drake, 28, was returning from a broken right ankle suffered in Week 13 last season. He had played in all three of the Raiders’ preseason games thus far and told ESPN after the exhibition against the Minnesota Vikings on Aug. 14 that the running backs were the “heartbeat” and “engine” of the team.

“I feel great,” Drake said at the time. “Mentally, I feel like I’m getting the plays down the more I’m out there in game reps, practice reps. And then physically, I’m just kind of getting out there and getting hit after my injury. I just feel real confident about the strides I’m taking.”

In three preseason games, Drake rushed for 30 yards on 12 carries and caught five passes for 27 yards.

Drake signed a two-year, $11 million free-agent contract with the Raiders last year, when Mike Mayock was general manager and Jon Gruden was coach, but re-structured the deal.

The new regime of GM Dave Ziegler and coach Josh McDaniels, though, seemingly sent a warning flare by keeping several players back in Las Vegas for Saturday’s exhibition at the Miami Dolphins but taking Drake to the game.

NFL teams must trim their rosters to 80 players by Tuesday at 4 p.m. ET.