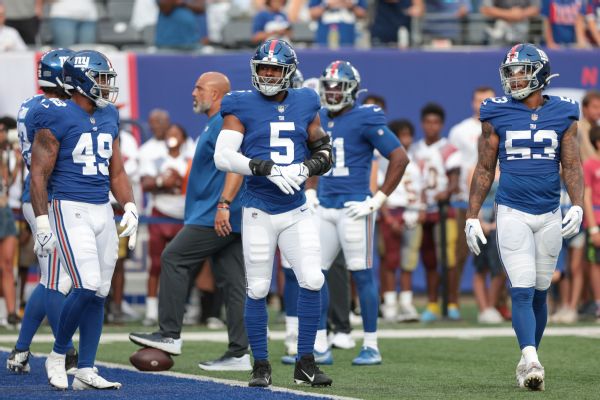 Thibodeaux went down after getting cut-blocked by Bengals tight end Thaddeus Moss in the second quarter. He immediately grabbed at his right knee.

The cart came out for Thibodeaux, but he got up and walked right past it. The rookie went into the blue medical tent before emerging with a smile and some laughs. He walked the length of the sideline before heading inside with a trainer.

Thibodeaux was the fifth-overall pick this year in the 2022 NFL draft out of the University of Oregon. He was having a strong summer and had a quarterback pressure earlier in Sunday’s contest.

The Giants are expecting big things from Thibodeaux this season. He has been working with the first-string defense since the start of OTAs in the spring.

Thibodeaux had 19.0 sacks in 30 career games at Oregon. He went into last season as the potential No. 1 overall prospect in college football.

Seattle Seahawks QB Drew Lock back at practice after exiting COVID isolation, set to play 'a lot' in preseason finale