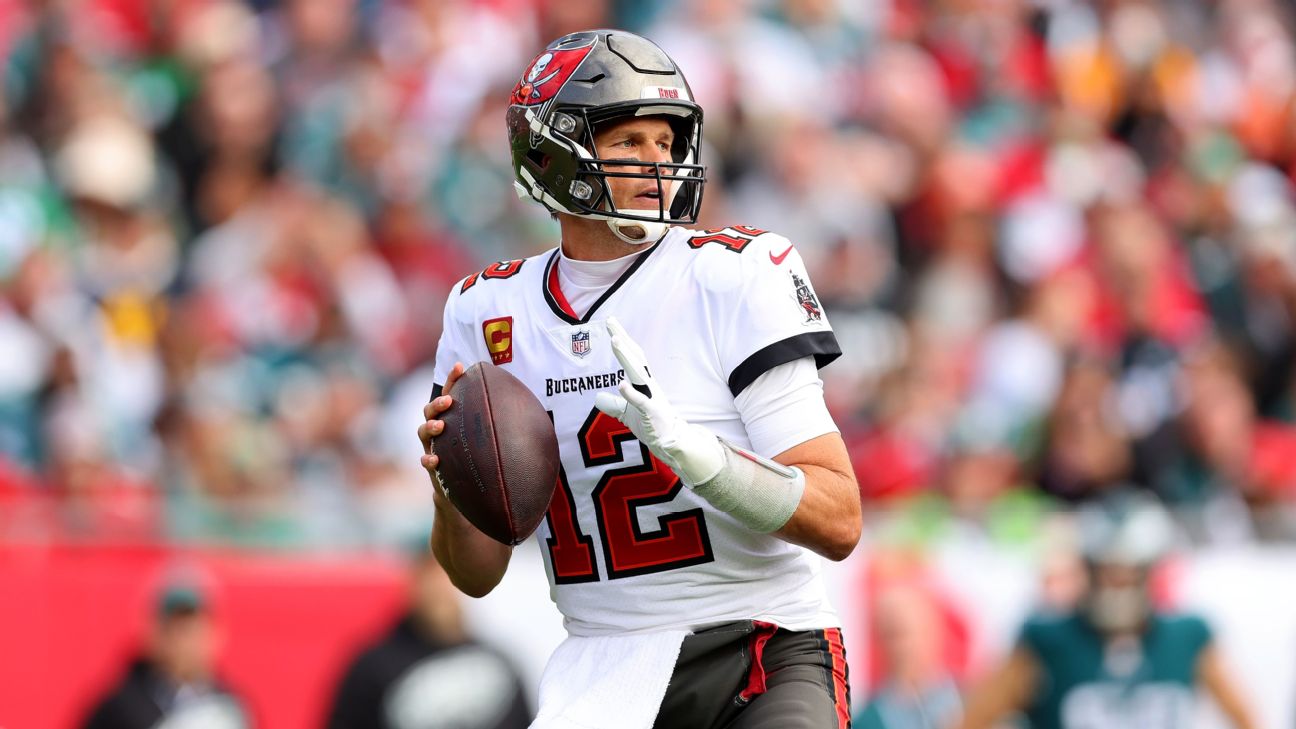 Best case: Tom Brady led the NFL last season — at age 44 — in passing yards (5,316), pass attempts (719), completions (485), and TDs (43). Even with regression and even with the change from Bruce Arians to Todd Bowles at head coach, this team is built on offense to run through Brady. At 45, he still has the arm strength to push the ball downfield to his bevy of WRs, and his mental processor is maybe the fastest in the game. Now that Julio Jones is tethered to Brady and not Ryan Tannehill in a run-heavy offense, expect him to look like the receiver he was his entire career in Atlanta. If this team wants to realize its Super Bowl aspirations, then Brady and the passing attack have to be the nexus of that success.

Worst case: If there is one kryptonite for Brady, it is pressure up the middle from the defense. The offseason and training camp have been an abject disaster in that regard. Ali Marpet retired. Alex Cappa left in free agency for the Bengals. And now Ryan Jensen is injured for a significant amount of time. Perhaps Father Time starts to breath down Brady’s neck and the offensive line falters and a conservative Bowles neuters the offense’s output.

Betting Spin: I am betting that Brady will be fine this season as long as his pass catchers stay healthy. Mike Evans is still a beast. Chris Godwin is recovering quickly from his ACL injury. Julio Jones is just the type of veteran that will mesh well with TB12. Even Russell Gage has promise working in a Brady-led passing attack. I think Brady and Jones have season long props that are too conservative.