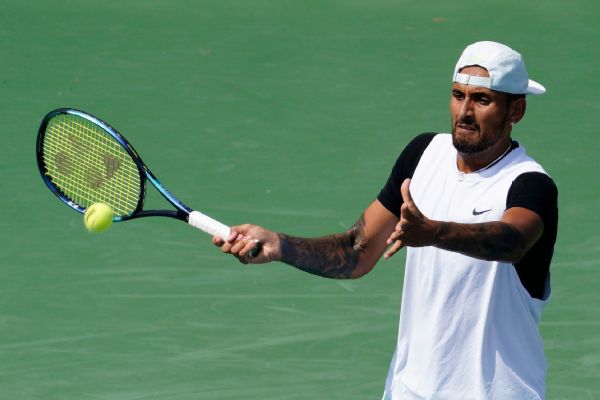 CANBERRA, Australia — Tennis star Nick Kyrgios did not appear in an Australian court on Tuesday when a charge of common assault was listed for the first time.

Kyrgios remains in the United States preparing for in the U.S. Open, which starts next week.

The charge relates to an incident in January of last year in Canberra that was reported to Australian Capital Territory Police in December. It reportedly involves his former girlfriend, Chiara Passari.

Kukulies-Smith told the court Kyrgios “spends very little time” in Canberra, where he grew up.

Kukulies-Smith foreshadowed making an application at a future court date “capable of finalizing the matter,” but did not provide details.

Police charged Kyrgios by summons in July, when he making a career-best run at Wimbledon. The charge carries a potential maximum of two years in prison.

Kyrgios reached his first Grand Slam final at Wimbledon before losing in four sets to Novak Djokovic. He said at the time he’d been advised by his lawyers not to make any comment on the legal case.