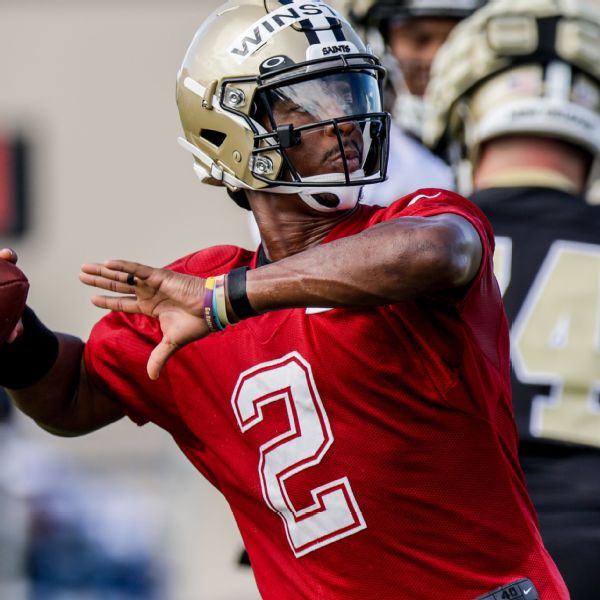 METAIRIE, La. — New Orleans Saints quarterback Jameis Winston said the right foot sprain that kept him out of the first two preseason games is “getting better every single day,” and he doesn’t consider it to be a major setback.

Winston has been a full participant in practice this week for the first time since the injury occurred during a practice on Aug. 8. He was able to roll out and even attempt a slide, which had teammates holding their breath until he popped back up.

Winston’s progression occurred quickly after he returned to the field to do some work during joint practices in Green Bay last week. He had progressed to 7-on-7 work by Sunday and added full-team drills the day after that.

Winston said the Saints were initially cautious with this injury because he was already returning from the left ACL tear that occurred in October. He said he “trusts his knee wholeheartedly,” but the team didn’t want him to try to overcompensate for the foot injury and set back his recovery in other ways.

“We don’t want anything else to spring up just from me using one side more,” he said, adding that “rest is a big part of recovery and healing, so I can be fully ready.”

Winston’s status for Friday night’s preseason finale against the Chargers is uncertain, as Saints coach Dennis Allen declined to name who might play or sit. Winston said if he gets the OK, he’ll be ready to get back out on the field. Quarterbacks Andy Dalton and Ian Book started the other two preseason games in his place.

“I would love to play,” he said. “Just in terms of, if I can get out there where the bullets are really flying, get out there and compete with the guys. I love the preseason experience, just to get a chance to look in everybody’s eyes, dap everybody up and really get that whole holistic team-bonding part in the beginning of the game. That’s one of my favorite parts of football, just that pre-battle moment.”