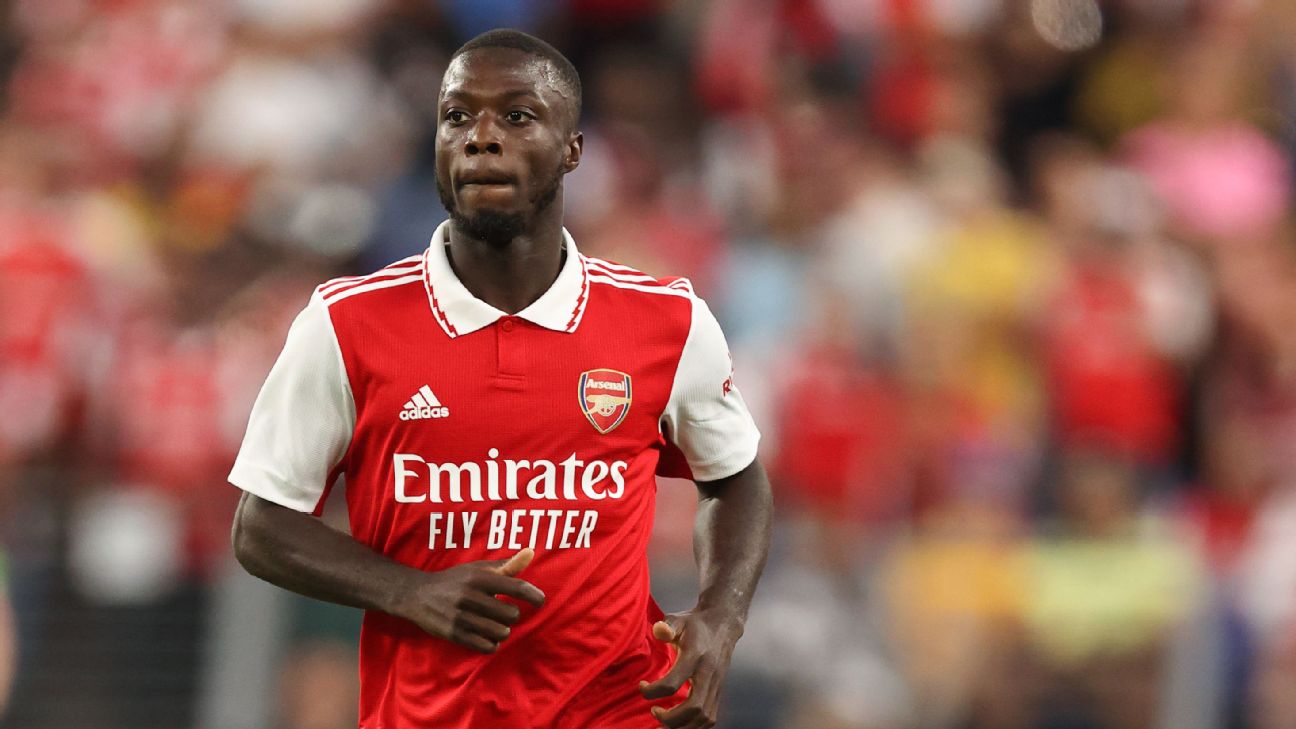 Arsenal‘s record signing Nicolas Pepe has joined Nice on loan for the rest of the season, the clubs announced Thursday.

The deal does not include an obligation or option to make the transfer permanent.

Pepe has struggled since joining Arsenal from Lille for a club-record fee in 2019, scoring 27 goals in 112 appearances for the club across all competitions.

The Ivory Coast winger scored 16 goals in 47 appearances in his most productive campaign for the north London side in 2020-21 and helped them lift the FA Cup in 2020.

But Pepe made just 23 appearances last season as he fell out of favour under manager Mikel Arteta, scoring three goals.

The 27-year-old will hope he can revive his career in Ligue 1, where he burst through as an attacking talent at Lille from 2017-2019.

He will join up with former Arsenal midfielder Aaron Ramsey at Nice after they signed the Wales international on a free transfer this summer.

The French side also brought in Kasper Schmeichel from Leicester City, bringing the goalkeeper’s 11-year stay at the club to an end.