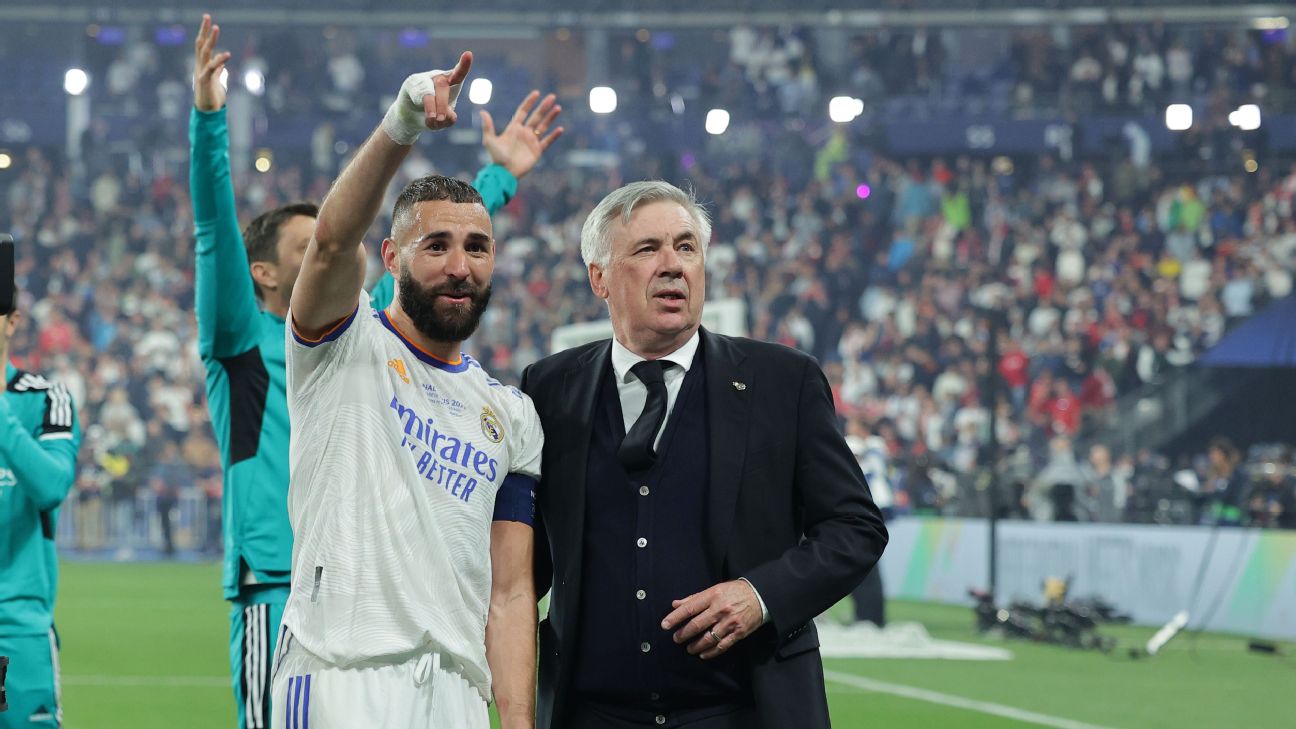 Karim Benzema has been named UEFA Men’s Player of the Year — solidifying his status as favourite to win the Ballon d’Or — after scoring a personal best 15 goals as Real Madrid won the 2021 Champions League.

Benzema, 34, helped fire Madrid to a LaLiga and Champions League Double last season and was the key man in their string of dramatic European comebacks, including scoring hat tricks against Paris Saint-Germain and Chelsea.

The award was handed out at a ceremony in Istanbul on Thursday — coinciding with the Champions League group-stage draw for 2022-23 — where Madrid manager Carlo Ancelotti was also named UEFA Men’s Coach of the Year.

Ancelotti was picked ahead of City’s Pep Guardiola and Liverpool‘s Jurgen Klopp.

When asked how he had become the most successful coach in the competition, Ancelotti said: “The passion I have for the sport and the quality of the players.

“Last season there was a fantastic connection between the veterans and young ones, there was fantastic chemistry with the supporters that helped us reach an unbelievable achievement.”

On Benzema, Ancelotti said: “Karim is not just a fantastic striker and top scorer, he’s a fantastic footballer, supported by great attitude day by day.

“Compared to last year, this year he improved his knowledge, he knows the game really well, how to manage the game and he’s a strong leader in the dressing room and a good friend of mine. We are lucky to have Karim.”

Benzema beat teammate Thibaut Courtois and Manchester City‘s Kevin De Bruyne to the Men’s Player of the Year prize, which is voted on by a jury of club representatives and journalists from a 15-player shortlist chosen by UEFA’s technical study group.

Benzema follows Jorginho, who took the 2021 award after winning the Champions League with Chelsea and Euro 2020 with Italy.

He finished fourth in the voting for the 2021 Ballon d’Or behind Lionel Messi, Robert Lewandowski and Jorginho, but is the favourite to take the 2022 prize when it is handed out by France Football in October.

Information from Reuters was used in this report.