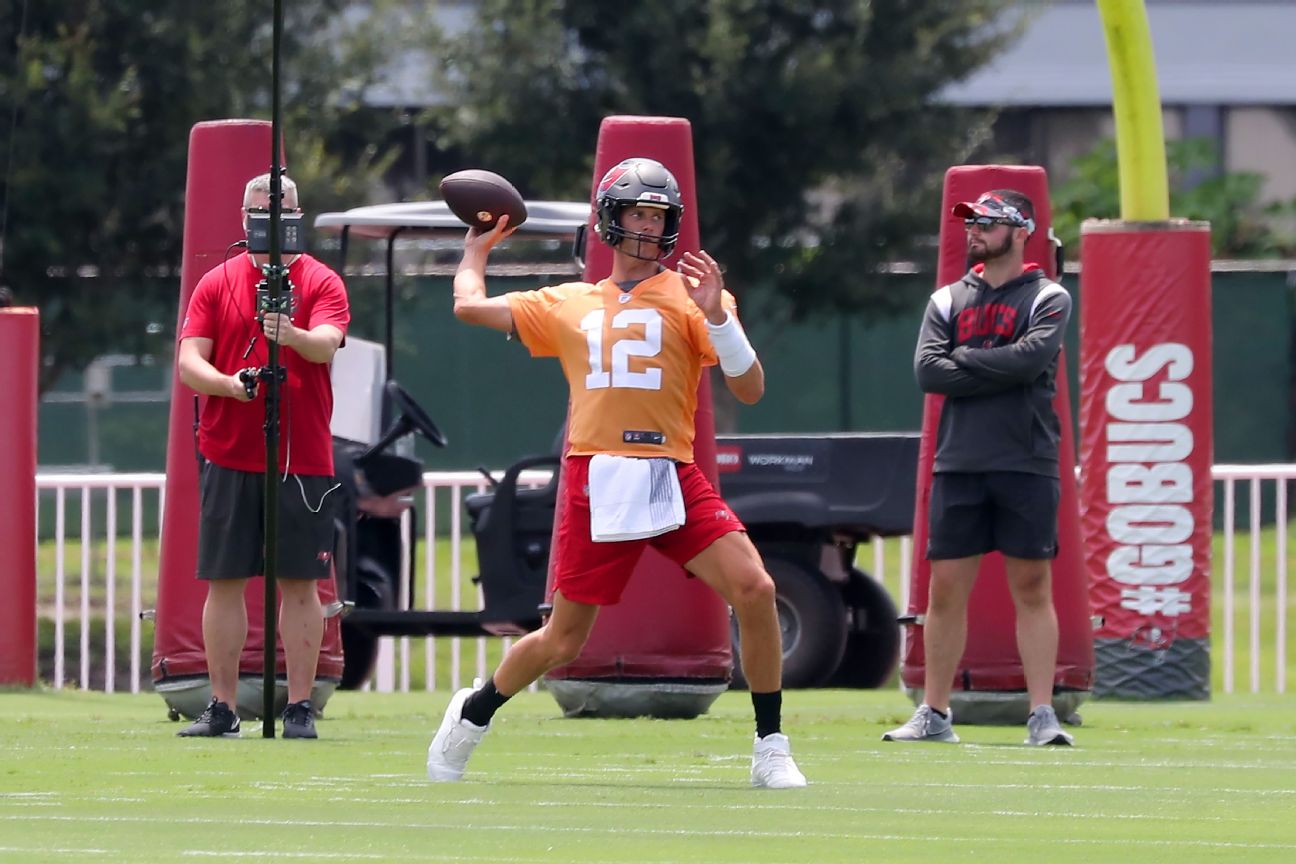 Coach Todd Bowles did not say it outright, but when asked Thursday if Brady will play, he responded, “Everyone who is healthy will play.”

Brady, who returned this week from an 11-day absence to tend to “personal issues,” is healthy and practiced in full Thursday, as well as Monday and Tuesday, with a veteran day on Wednesday. He took his usual number of reps and looked strong and focused.

It will mark the first time Brady has played this preseason, the first time he’s lined up with wide receiver Julio Jones in a game and the first time he’ll stand behind a remade interior offensive line featuring second-year center Robert Hainsey and rookie left guard Luke Goedeke in live action.

Bowles said he’s not concerned about Brady’s level of conditioning after such a prolonged absence, nor is he concerned that Brady didn’t have enough time to build up chemistry with Jones, wide receiver Russell Gage or tight end Kyle Rudolph.

“He missed 11 days, but he wasn’t playing in the first two [games],” Bowles said. “He’s fine with everything. We know his condition and it’s fine. He’s getting back with the guys. He’s throwing the ball and we’re good. I think it was built up before we left.

“It’s just having everybody intact, practicing at the same time. You know, his days would’ve fallen the same day Julio was off and obviously Mike [Evans] being injured — we didn’t have a full slate there either, but they got to see a lot of things from the side and got to talk a lot. And I think the chemistry’s good.”

The starting left guard position remains undecided, but Bowles said Goedeke, who is competing with Nick Leverett for the job, will get the start. Goedeke struggled last week against the Tennessee Titans with two holding calls, and he surrendered a sack.

The fifth, sixth and possibly seventh — if the Bucs choose to keep seven — wide receiver positions after Evans, Jones, Chris Godwin and Russell Gage are also up for grabs, with Tyler Johnson, Jaelon Darden, Scotty Miller, Breshad Perriman, Deven Thompkins and Jerreth Sterns all competing for those remaining spots.

As for Brady, whose mid-training-camp break was unprecedented in the NFL for any uninjured player, let alone a seven-time Super Bowl-winning quarterback, Bowles said he wouldn’t have given him the time off if it wasn’t absolutely necessary.

“If it wasn’t a situation, that we hadn’t talked about it, and it wasn’t important, I wouldn’t have done it,” Bowles said. “I have that kind of relationship as well do the coaches with a lot of the players and they all have private things that they come to us with. It just came to light more than the others. And we won’t sway away from that. We don’t give nobody breaks just to take breaks.”