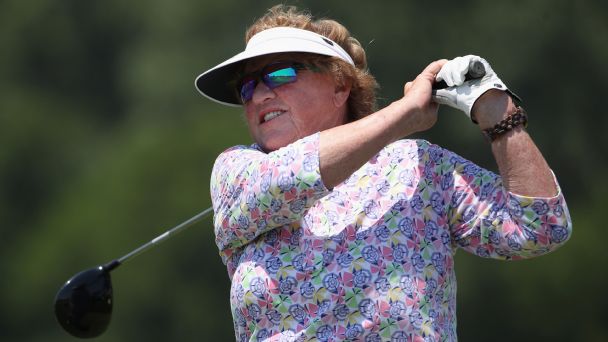 Golf can be one of the most difficult and frustrating sports in the world, but JoAnne Carner has it down to a science.

On Thursday, the 83-year-old shot her age in the U.S. Senior Women’s Open at NCR Country Club in Kettering, Ohio. It’s the fourth time Carner has shot her age or better in her career, and she became the oldest woman to play in a USGA championship last year at age 82.

Despite her achievement, Carner wasn’t thrilled with her 10-over-par performance.

“The whole swing was basically off,” Carner said, according to Golfweek. “I wasn’t driving into it, I was firing and falling back, ducking into it.”

Carner’s feat is just the latest in her long and distinguished career. A member of the World Golf Hall of Fame since 1982, Carner has won the U.S. Women’s Open twice, in 1971 and 1976. She also boasts 43 career LPGA tour wins, and has won more USGA titles than any other woman with eight. Only Tiger Woods and Bobby Jones have won more with nine.