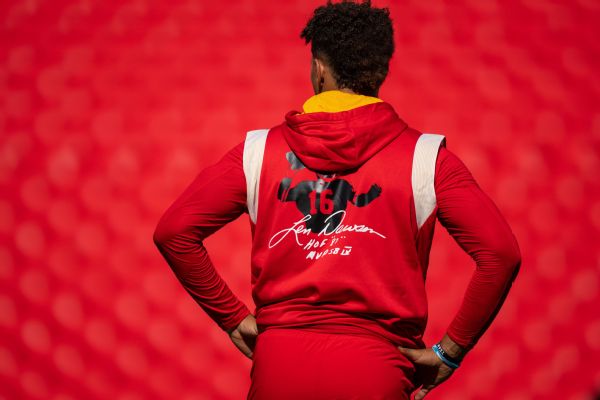 Quarterback Patrick Mahomes faced his 10 teammates, huddling in the style Dawson did when playing for the Chiefs in the 1960s and ’70s. The Chiefs took a delay of game penalty, which was announced over the Arrowhead Stadium public address system as on No. 16, the uniform Dawson wore for the Chiefs.

The Packers declined the penalty and Mahomes came out the game, replaced by Chad Henne.

“We all wanted to do something. I think [team chairman and CEO] Clark [Hunt] and coach [Andy] Reid talked about it and they came up with the idea,” Mahomes told the NFL Network during the game. “And obviously, we’re praying for his family, but he did so much to impact the Kansas City community and this organization. We wanted to do something, a little token to show our appreciation and I’m glad we got to do it.”

Before the game, the Chiefs held a moment of silence at Arrowhead for Dawson, their quarterback in a Super Bowl IV win over the Minnesota Vikings. He died this week at 87.