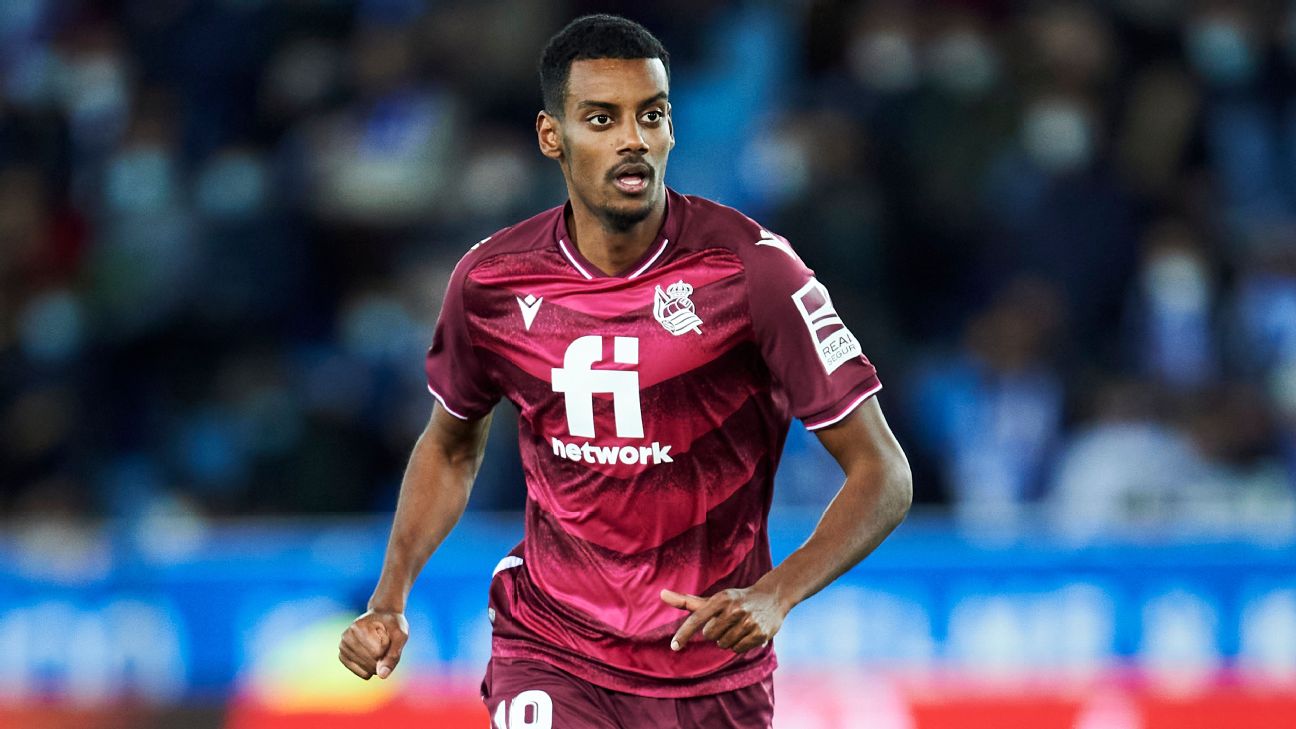 Newcastle United have completed the signing of Sweden striker Alexander Isak from Real Sociedad, the clubs announced on Friday.

The 22-year-old has joined the Premier League club for a club-record fee of €70 million including €5m in add-ons, smashing their previous transfer record, sources have told ESPN. The deal will also see Sociedad retaining 10% of any future departure.

Isak joined Sociedad from Borussia Dortmund for €10m in the summer of 2019 and went on to score 44 goals in 132 matches. He now becomes Sociedad’s record outgoing transfer, eclipsing the €32m received when defender Inigo Martinez joined LaLiga rivals Athletic Club in 2018.

“I’m delighted to have it done. It was a big, big decision for me but it is a decision I am really happy with,” Isak told the club’s official website.

“It is a great, historical club that I think anyone would like to play for, with amazing fans. They were a big part of why I came here – and also the club’s project, which is one that I really believe in.

“You always want to go into a team and know how they play. I think Newcastle play very attractive football and I want to be a part of that.”

Isak’s arrival will bolster a Newcastle attack that scored just 44 goals in 38 Premier League games last season and continues the strengthening of the squad since the club’s takeover by Saudi Arabia’s Public Investment Fund last October.

The striker becomes Newcastle’s eighth signing since the takeover and fifth of the summer transfer window, following the arrivals of Matt Targett, Nick Pope, Sven Botman and Charlie McArthur.

Newcastle’s previous transfer record was set when they signed Joelinton for €44m from Hoffenheim in 2019.

After Eddie Howe led Newcastle away from relegation trouble last season, the club has begun this campaign by taking five points from their opening three matches.

Isak became Sweden’s youngest ever goalscorer when finding the net in just his second appearance at the age of 17. He has since amassed a record of nine goals in 37 caps and started all four of Sweden’s games at last year’s European Championship.