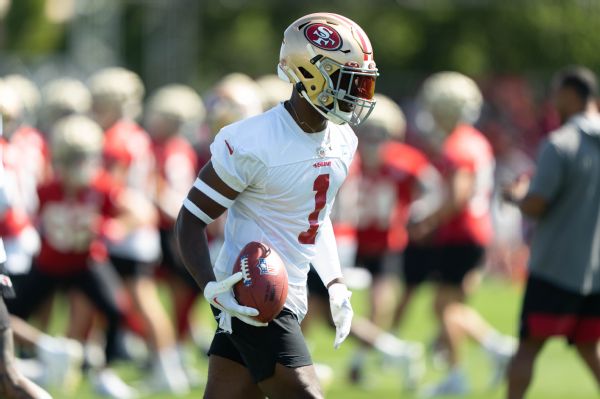 SANTA CLARA, Calif. — The San Francisco 49ers expect to be without free safety Jimmie Ward longer than they initially hoped.

Ward suffered what coach Kyle Shanahan called a “pretty bad” hamstring injury on Aug. 14 and though the Niners acknowledged he would miss some time, it could cost Ward the first month of the season.

Niners general manager John Lynch said on the pregame show for Thursday’s preseason finale against the Houston Texans that Ward is likely to land on injured reserve to start the season, which would cost him the first four games.

“He allows us to do what we do,” Lynch said on Amazon’s broadcast. “He’s a safety who plays like a safety but also covers like a corner. He’s often times our best cover man, so it’s a big loss. But we got to find a way to step up.”

The Niners signed veteran safety Tashaun Gipson on Monday to increase the depth and competition with Ward out. Dontae Johnson, who is entering his ninth NFL season, moved from cornerback to safety in camp and is getting a long look at free safety after returning from a rib injury recently.

Tarvarius Moore and George Odum have also been getting snaps in Ward’s place since his injury.

Per league rules, if the 49ers want Ward to land on injured reserve with the option to return, they couldn’t make that move until after they go through the cutdown to the initial 53-man roster.

Which means the Niners will have to carry Ward on the 53-man roster until after 4 pm ET Wednesday before they can place him on injured reserve. If they did it before then he would have to miss the entire season.