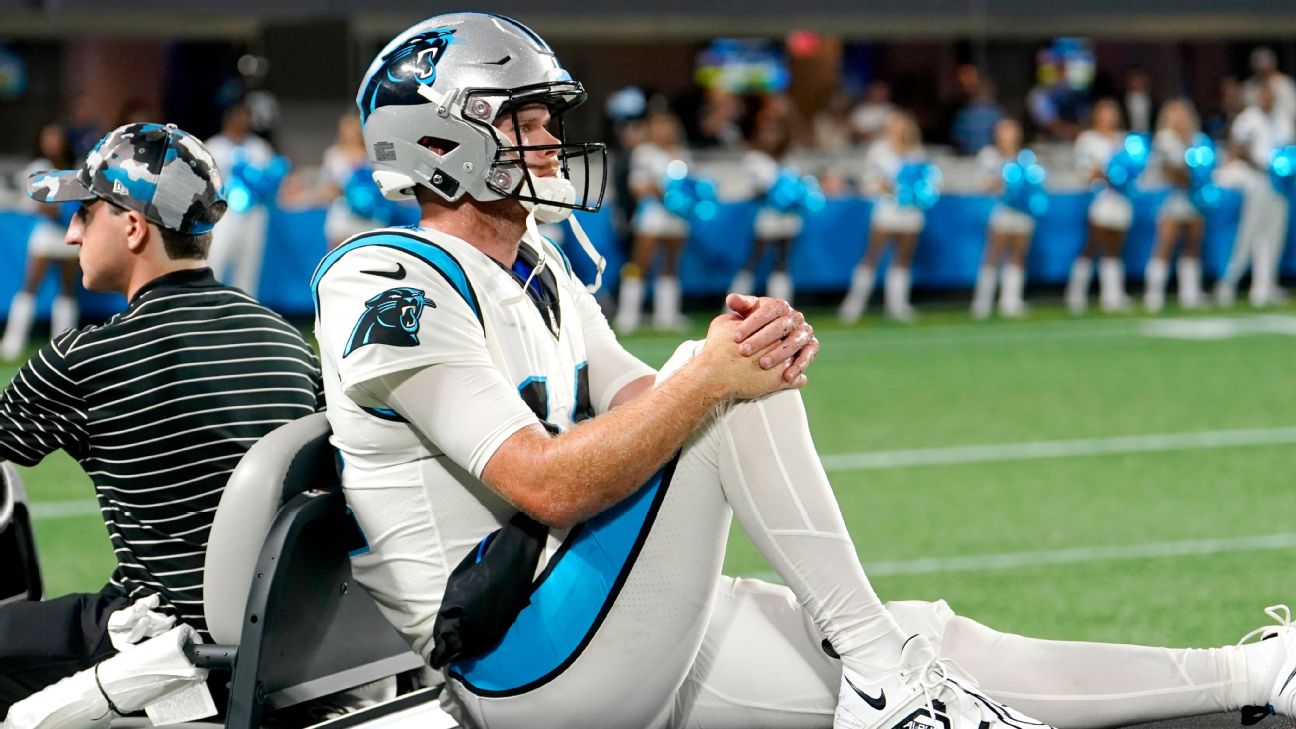 CHARLOTTE, N.C. — Panthers backup quarterback Sam Darnold, who lost the starting job to Baker Mayfield earlier in the week, departed Friday’s preseason finale against Buffalo on a golf cart after suffering a left ankle injury late in the third quarter.

The team said he would not return.

It was the second time in a week the Panthers lost a quarterback in a preseason game. Third-round pick Matt Corral suffered a season-ending Lisfranc tear in last Friday’s preseason loss at New England.

If Darnold’s injury is serious the Panthers would be down to two quarterbacks, Mayfield and former XFL star P.J. Walker, heading into the Sept. 11 opener against the Cleveland Browns.

The Panthers planned to keep three quarterbacks earlier in camp, with Corral expected to be the third behind Mayfield and Darnold. Corral’s injury changed the mindset to keeping two, but Darnold’s injury could force another adjustment.

Darnold was hit from behind by Buffalo defensive tackle C.J. Brewer while running to his right to throw the ball away. Brewer’s body appeared to roll over Darnold’s ankle.

Darnold stayed down for several minutes before being helped into a golf cart.

The Panthers acquired Darnold last year in a trade with the New York Jets. He went 4-7 as the starter in 2021.

Carolina acquired Mayfield in a July trade with Cleveland, which moved on from the 2018 first overall pick after acquiring Deshaun Watson from Houston.

Mayfield and Darnold, the third pick of the 2018 draft, had what the team called an open competition for the starting job that became Mayfield’s on Monday.

Carolina also saw kicker Zane Gonzalez leave on a cart with a groin injury suffered while kicking into the net on the sideline. Gonzalez suffered a season-ending quad injury last year at Buffalo in December.