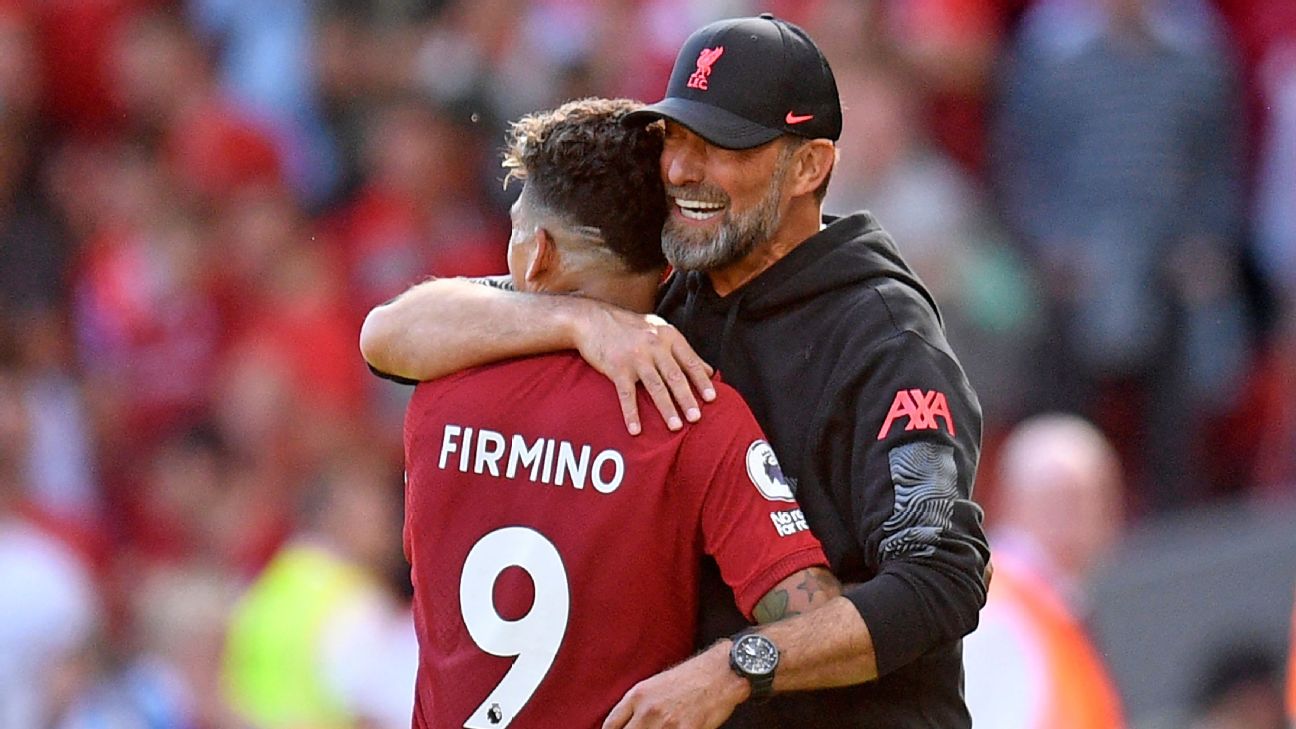 Klopp had called for a reaction from his side after being held to draws against Fulham and Crystal Palace as well as a defeat to Manchester United on Monday.

“We scored wonderful goals. The game settled and we kept scoring. It was about keep going,” Klopp said after the match.

“Not to humiliate Bournemouth, we couldn’t respect them more. It’s about putting the opponent under pressure.

“I could bring on the kids, they deserve it so much. Harvey [Elliott] is a special player, wonderful goal. Everything was perfect pretty much.”

The result leaves Liverpool eighth in the table after they picked up just two points from their first three fixtures.

Liverpool face Newcastle, who are undefeated so far this season, on Wednesday evening.

“It’s important to get it off the chest and play football. Wednesday [against Newcastle] will be different,” Klopp addded.

“Today the mix of great weather and fantastic football, we don’t have that often at Liverpool so we should cherish it.

“At least we don’t have to answer the question anymore [about not winning]. A really good day for us. We won’t get carried away.

“If we want to be successful in this league we have to show consistency. That’s what we have to do now. That used to be our strength. We’ll watch Newcastle tomorrow and see what we can do against them.”