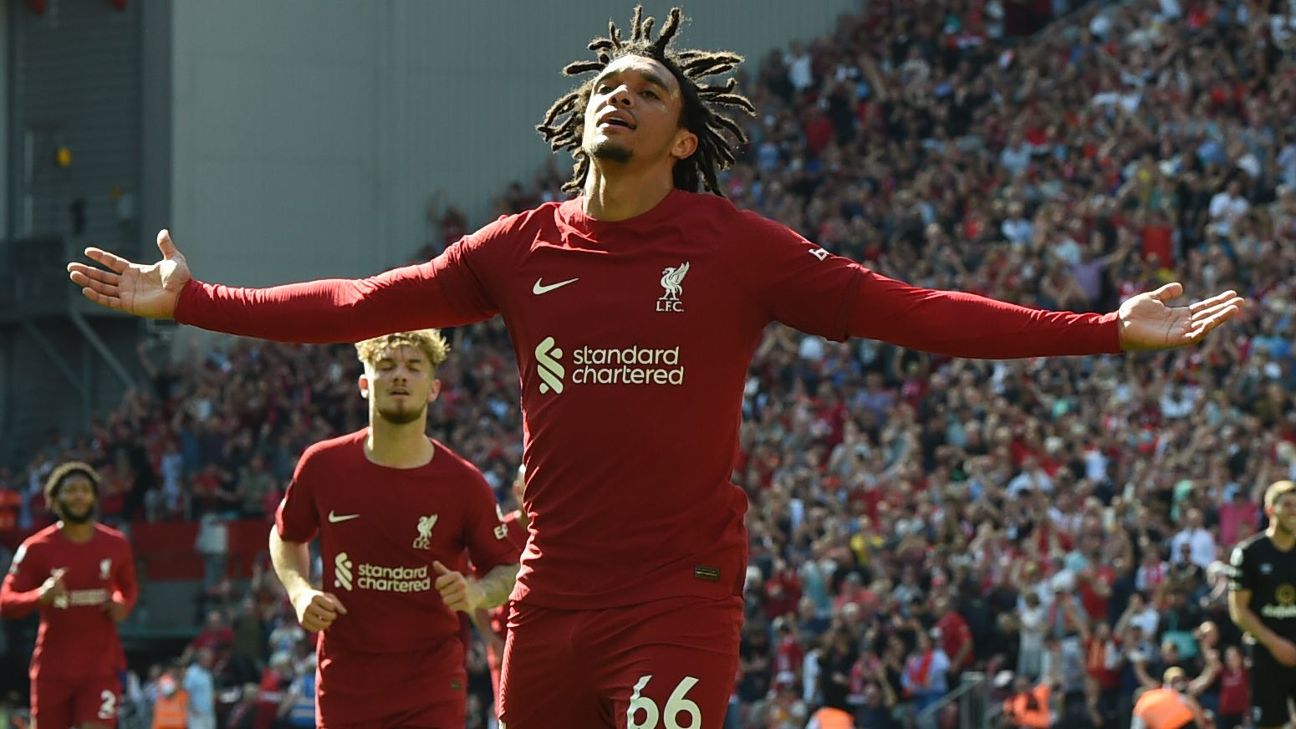 Liverpool netted five goals in the first-half as they thrashed Bournemouth in a 9-0 victory at Anfield on Saturday for their first Premier League win of the season.

After some early season struggles — including a 1-0 loss to Manchester United last Monday — Liverpool duly delivered, with Luiz Diaz and Harvey Elliott netting inside 10 minutes. Trent Alexander-Arnold‘s goal and Roberto Firmino‘s brace added to Bournemouth’s misery, with Virgil van Dijk and Chris Mepham‘s own goal also driving up the scoreline.

Substitute Fabio Carvalho scored his first goal for Liverpool, and Diaz capping it off for the Reds.

Here’s how social media reacted to the win:

When Liverpool win 9-0 but you don’t manage to score or assist… pic.twitter.com/Kwi6vjbR0M

Some respect for the boss.

9 – With today’s 9-0 win against Bournemouth, Jürgen Klopp celebrated the biggest ever competitive win of his managerial career. Record. #LIVBOU pic.twitter.com/IdiCqapanz

This long suffering Southampton fan (whose seen his side encounter two different 9-0 losses) can now breathe a sigh a relief.

THIS IS THE BEST DAY OF MY LIFE

i need a lie down.

Yeah, talking and hugging it out 100% helps.

No “day off” here for Klopp’s side.