‘The biggest force in the sport’ 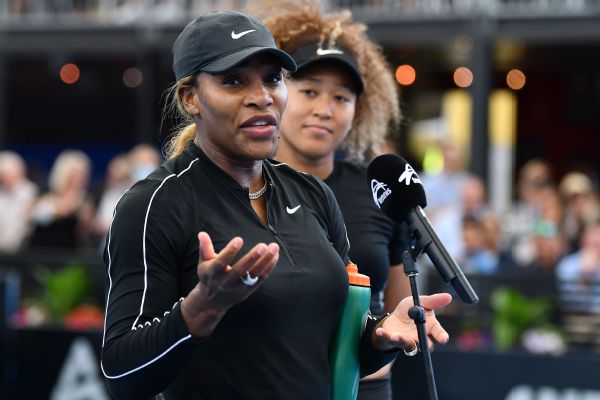 NEW YORK – Four-time Grand Slam champion Naomi Osaka has paid tribute to Serena Williams saying she has been “the biggest force in the sport” and leaves a legacy which is so broad “you can’t even describe it in words.”

Osaka opens her US Open campaign against Danielle Collins on Tuesday and knows the place well after winning the competition in 2018 and 2020. But before that, Osaka will be one of the millions watching Williams on Monday when she faces Danka Kovinic in what is expected to be her last ever US Open.

“I think that her legacy is really wide to the point where you can’t even describe it in words,” Osaka said of Williams on Saturday. “Like, she changed the sport so much. She’s introduced people that have never heard of tennis into the sport. I think I’m a product of what she’s done.

“I wouldn’t be here without Serena, Venus, her whole family. I’m, like, very thankful to her.

“I also was trying to figure out how to sum it into words. I honestly think that she’s, like, the biggest force in the sport. That’s not intentionally trying to, like, make [Roger] Federer or [Rafa] Nadal smaller. I just think she’s the biggest thing that will ever be in the sport. It’s just really an honor just to watch her play.”

They’d meet on two more occasions, with Williams winning in Toronto in 2019, but Osaka won their last meeting in the semifinals of the Australian Open in 2021.

Williams announced on August 9 in an essay for Vogue Magazine that she was planning to “evolve away from tennis.” That announcement came just a day after she beat Nuria Parrizas-Diaz in the first round of the Canadian Open. Osaka was a spectator in the crowd in Toronto watching Williams that day.

“For some reason I just started crying because I felt it,” Osaka said. “I felt, like, when I played her in Australia people were like, That’s the last time she’s going to be in Australia. I was like, Dang, I really don’t want this to be true.

“I kind of felt like she was gearing up for her last U.S. swing. I just started crying. Then she announced it the day later. I’m like, ‘Oh, my God, this is what devastation must feel like.’ Yeah, it really is an honor just to keep watching her play.”

And Osaka said it was hard to put into words exactly what Williams’ legacy is in tennis, but praised her for the breaking down barriers within the sport.

“If you look at everyone that’s our skin color, clearly we followed her. You know what I mean? I also think, like, business-wise she’s very into tech, so whoever follows that or tries to follow that, I think it will clearly be under her influence. Just overall like culturally and style-wise, she was the first one to have her own line and stuff like that.

“There’s definitely been a lot of barriers that I’m sure she had to fight to break down. We can now easily go through that because of her. I don’t know. I’m pretty sure there’s a lot of things that she’s done that I don’t know about. But it will be interesting to see.”

Osaka added: “I know she didn’t call it a retirement, she called it like an evolution which I think is really cool. I feel like the term ‘retirement’ kind of means an end to something. But since she says ‘evolution’, it means like a continuing journey.”