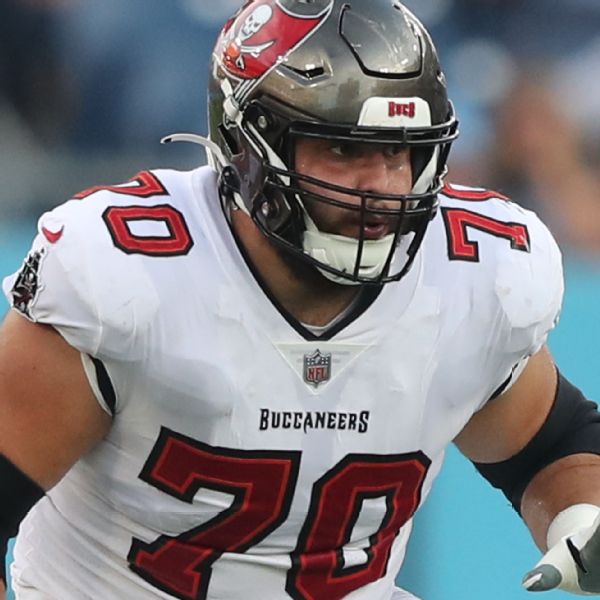 INDIANAPOLIS — The injuries to the Tampa Bay Buccaneers‘ offensive line keep coming. With quarterback Tom Brady seeing his only action of the preseason this week following an 11-day absence, two more players vying for starting roles protecting the 45-year-old signal-caller went down with injury.

Already without Pro Bowl center Ryan Jensen and left guard Aaron Stinnie because of knee injuries, Jensen’s replacement, Robert Hainsey, left Saturday’s preseason finale against the Indianapolis Colts in the second quarter with a left ankle injury and did not return. He was able to walk off the field under his own power, although he initially required assistance.

Then Nick Leverett, who was challenging for the starting left guard position and stepped in for Hainsey at center, went down with a shoulder injury in the third quarter, forcing the Bucs to rely on a fourth center in John Molchon.

In addition to those injuries, Pro Bowl left tackle Tristan Wirfs was held out of Saturday’s preseason game — a 27-10 Colts victory — because of an oblique injury, although he did take the field during pregame warm-ups and has been considered day-to-day.

Brady played only a series and enjoyed a relatively clean pocket, showing little rust despite extended time away. He completed 6 of 8 passes for 44 yards, setting up a 30-yard field goal by kicker Ryan Succop.