Ukrainian Daria Snigur stuns No. 7 Simona Halep in first round of U.S. Open 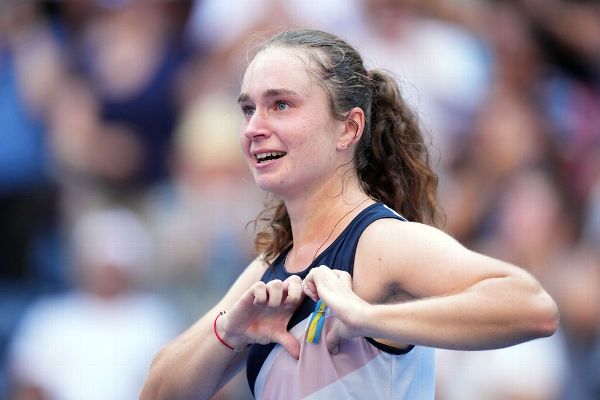 Ukrainian Daria Snigur‘s first career win on the WTA Tour was a big one.

The 20-year-old stunned No. 7 seed Simona Halep 6-2, 0-6, 6-4 in the first round of the U.S. Open, then struggled through tears to explain what the victory meant to her family and her country during its war with Russia.

Snigur wore a pin in the colors of Ukraine’s flag on her chest and put her hands around it after the final point.

Snigur took part last week in the “Tennis Plays for Peace Exhibition” in Louis Armstrong Stadium to raise money to aid Ukraine, and she said that might have helped her nerves when she returned to the same court Monday.

Halep had won 19 of her last 22 matches and recently returned to the top 10, but the two-time Grand Slam champion has struggled at the U.S. Open throughout her career.

Third-seeded Maria Sakkari and No. 17 Caroline Garcia were among the other early winners on the women’s side, with Sakkari overcoming Wimbledon semifinalist Tatjana Maria in three sets.