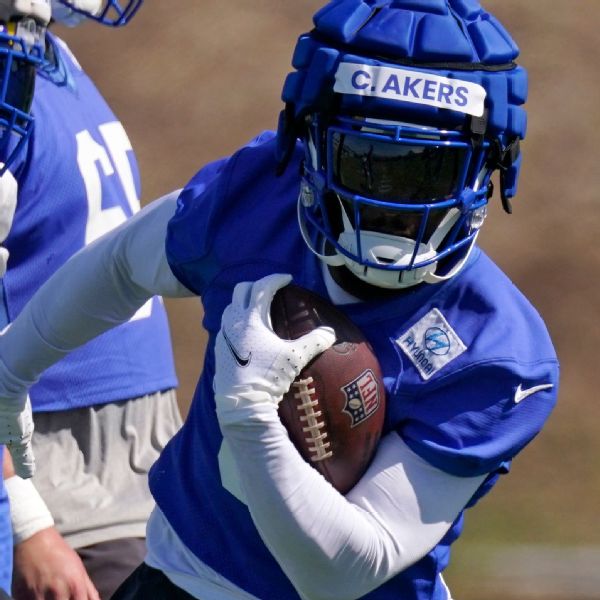 “They looked good,” McVay said. “They got a few reps and so, it was a good thing. Like I mentioned, Darrell [Henderson] was able to get a bunch of full-speed work the other day. Cam [Akers] looked good today. So I expect all hands on deck.”

When McVay first mentioned the injuries to both backs, he said the team was “just being smart” with the pair and wanted to wait until they’re able to be out on the field without restrictions before they practice again.

Akers missed most of last season after tearing his right Achilles in July 2021 but recovered very quickly, coming back in less than six months to play in the regular-season finale and during the Rams’ Super Bowl-winning playoff run.

Henderson missed five games last season, including four games for an MCL sprain. McVay praised Henderson’s ability on the field but said the team has been working with the running back to make sure he can be consistently available this season.

“Darrell’s always been such a stud, can do so many different things for us,” McVay said. “… So there’s not any limitations on what Darrell can do when he’s available, it’s just, hey, sometimes you can’t prevent some of the things that occur, but are we doing everything to develop the armor and the foundational strength for your body and just your weekly rhythm and routine to sustain throughout the course of the year?

“And that’s part of why we were a little bit … I don’t want to say we were reluctant, but aired on the side of caution with getting him back.”

While Akers and Henderson did not practice, running backs Kyren Williams and Jake Funk took the majority of carries, especially during the two joint practices against the Cincinnati Bengals. Williams, who is coming off a foot injury and started training camp on the physically unable to perform list, did not play in any of the Rams’ three preseason games.