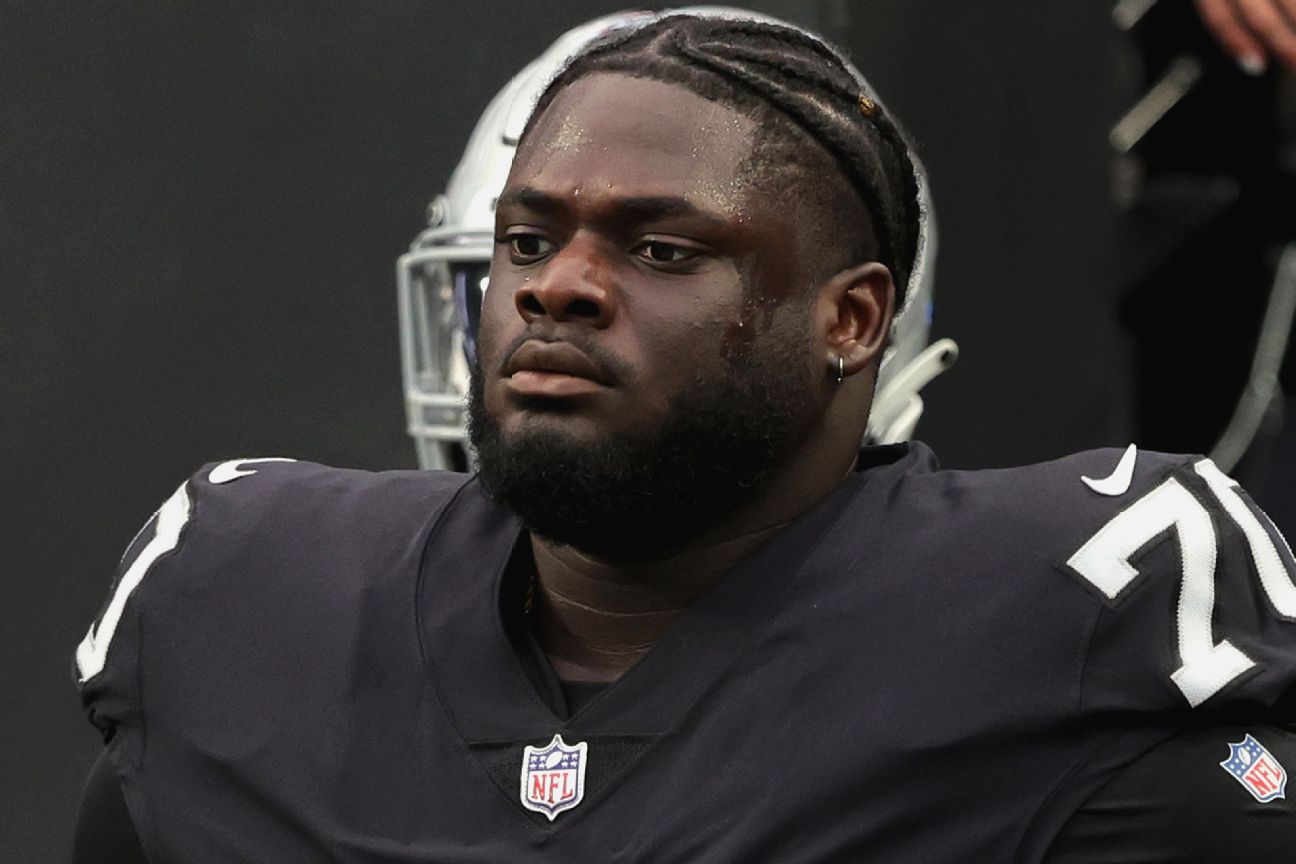 Leatherwood, an offensive lineman taken with the No. 17 overall pick out of Alabama to be the Raiders’ foundational right tackle, regressed in the preseason, and Las Vegas’ new regime of coach Josh McDaniels and general manager Dave Ziegler had seen enough.

In waiving the right tackle, the Raiders will take a $7.9 million hit to their salary cap if no other team claims him. Per Over The Cap, Leatherwood’s $14.39 million salary was fully guaranteed.

The move is an indication of the autonomy given McDaniels and Ziegler by owner Mark Davis.

Leatherwood was considered a draft reach last season by many observers and struggled enough, early in the season, that he was moved from right tackle to right guard in Week 5.

He was moved back to right tackle in camp and was competing with Brandon Parker before Parker went down with an arm injury in the Hall of Fame Game.

“I basically try to not get too high or too low, just staying grounded,” Leatherwood said at the beginning of camp. “It’s going well. I’m human, so we all have our ups and downs. But overall, I feel good.”

But Leatherwood was supplanted by rookie seventh rounder Thayer Munford and Jermaine Eluemunor, making him expendable since Leatherwood could not fulfill the role of a swing tackle, either.

Also on Tuesday, the Raiders traded 2019 second-round pick Trayvon Mullen to the Arizona Cardinals. Las Vegas gets a 2023 conditional seventh-round pick that could become a sixth-round pick in the trade.