No. 4 Stefanos Tsitsipas, No. 10 Taylor Fritz handed early exits in Day 1 of US Open 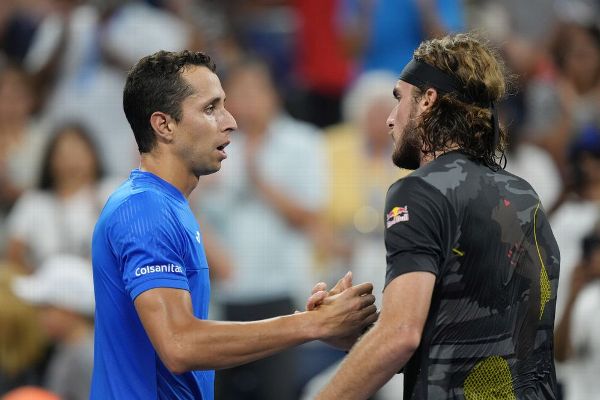 Two top 10 seeds on the men’s side were stunned with early exits Monday in the first day of the US Open.

Daniel Elahi Galan became the first Columbian player man to knock off a top-five player in the Open Era, defeating No. 4 Stefanos Tsitsipas 6-0, 6-1, 3-6, 7-5.

No. 10 seed Taylor Fritz, considered a contender to become the first American man to win a US Open in nearly two decades before the tournament, was defeated by Brandon Holt.

Holt, another American and the son of tennis great Tracy Austin, was playing in the first major main draw of his career.

RJ Barrett extension with New York Knicks could be worth up to $120 million, agent says