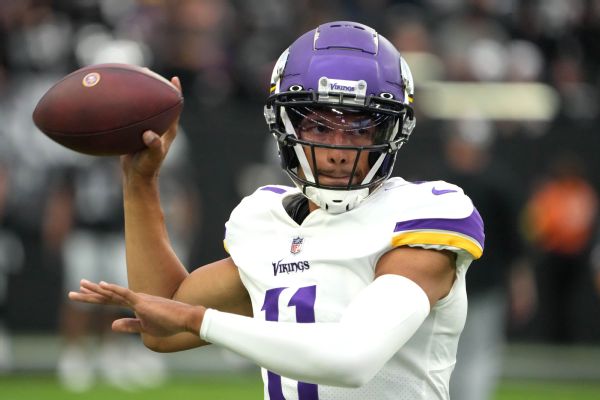 Mond’s fate was sealed last week when the Vikings acquired quarterback Nick Mullens in a trade with the Las Vegas Raiders. It’s possible but not certain that he could be signed to the team’s practice squad later this week.

The NFL Network was first to report the news of Mond’s expected release.

Mond, a third-round pick in 2021, never got settled in Minnesota. He tested positive for COVID-19 during training camp last summer, setting back his development and forcing the Vikings to sign Sean Mannion as Kirk Cousins‘ backup before the start of the season. When Cousins was sidelined by COVID-19 for a Week 17 game at the Green Bay Packers, then-coach Mike Zimmer started Mannion and said he had no interest in seeing Mond in a regular-season game.

New coach Kevin O’Connell gave Mond a fresh start, but he was far too inconsistent to be trusted as a No. 2 quarterback. In playing roughly half the Vikings’ preseason snaps, Mond completed 29 of 51 passes for 303 yards, with two touchdowns and two interceptions. He took five sacks.