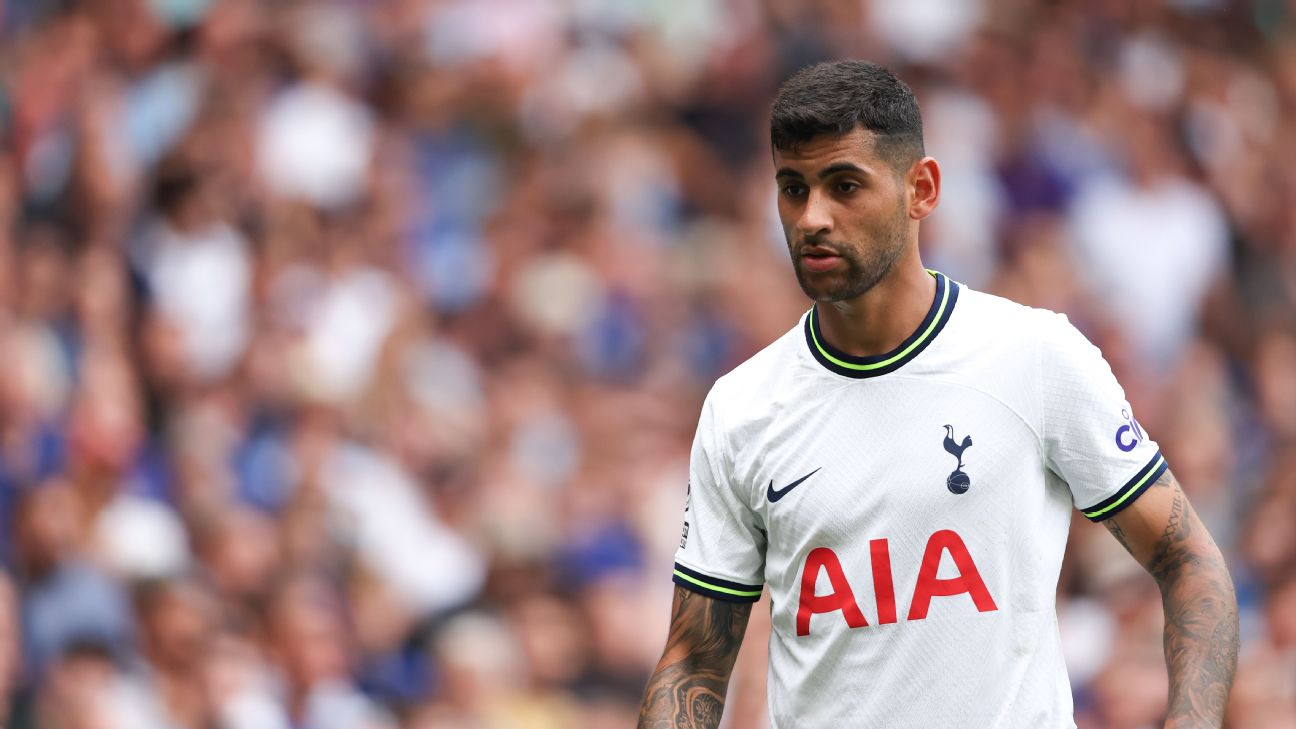 Tottenham Hotspur have announced the permanent signing of centre-back Cristian Romero from Atalanta.

Romero, 24, joined Tottenham on loan last season and has now agreed a deal to stay at the North London club until 2027.

Sources told ESPN the deal for Romero would be worth €55 million ($65m).

The Argentina international made 30 appearances last campaign as he helped Spurs to qualify for the Champions League via a fourth-place finish.

Romero was also a key part of the Argentina side who won the Copa America last year and has 11 caps for his country.

we’ve got some news…

Meanwhile, Tottenham boss Antonio Conte has said his side need “at least two” transfer windows to challenge for the Premier League title.

Conte’s team have made a strong start to the season with three wins and a draw against Chelsea after a summer in which they have signed Richarlison, Yves Bissouma and Djed Spence and Ivan Perisic, also bringing in Clement Lenglet on loan from Barcelona.

“If you compare to last season, we are more complete,” Conte told reporters on Monday.

Conte said he has spoken with the club’s board about signing more players before the transfer window closes on Thursday but added: “If we do something or not, it’s okay.”

Tottenham face West Ham United on Wednesday, three days after their 2-0 win against Nottingham Forest, and Conte said players should expect to be rotated given the difficult schedule.

“Now when you have to go and play one game every three days, it’s normal to make rotation, the players [have] to be intelligent to understand that they have to sometimes go on the bench, come in, alternate,” Conte said.

“With the new players, we started to work with them in only one month and a half. And I think at the end my choices were good because we got four good results in the first four games.

“And this is the period that the club can understand if we are really, really complete in the squad or maybe we could do better.”

Information from Reuters contributed to this report.