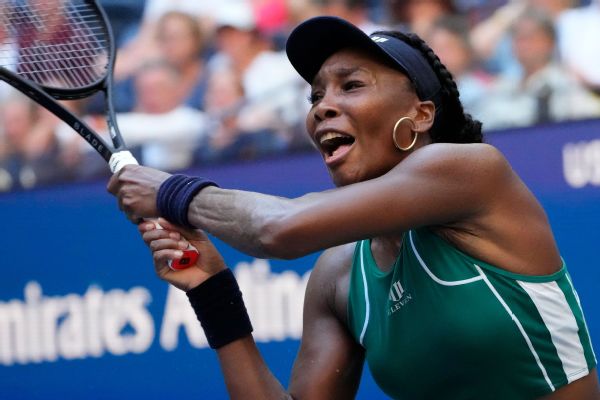 NEW YORK — Venus Williams has been eliminated in the first round of her return to the US Open.

Venus Williams, 42, was given a wild card into the tournament she first played in 1997, where she was runner-up. She missed the event that she won in 2000 and 2001 last year with an injury.

Williams fell to 0-4 in singles matches this year. She has won at least one match every year since 1994.

Venus and Serena will team up for the doubles competition which begins Wednesday, with first-round matches spread over that day and Thursday. The Williams sisters were drawn to face the Czech pair of Lucie Hradecka and Linda Noskova in the first round.