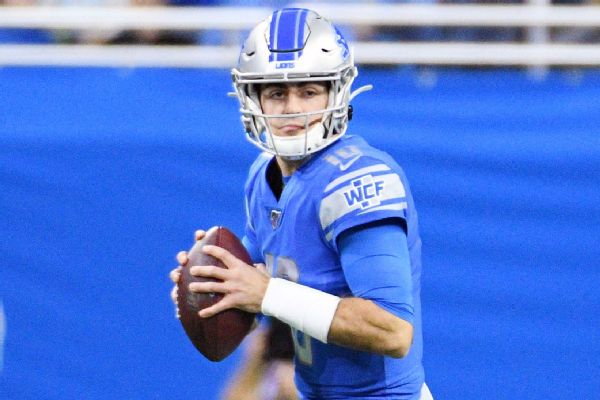 The move leaves Goff as the only quarterback on the Lions’ roster at the moment, though they are expected to sign Nate Sudfeld, the source said.

Blough, 27, joined the Lions in an August 2019 trade with the Cleveland Browns and had spent the past three seasons in Detroit. He made five starts in the 2019 season, going 0-5, and has totaled 1,033 passing yards with four touchdowns and seven interceptions in seven career games.

The Lions are interested in adding Blough to their practice squad, the source said.

Sudfeld, 28, made four appearances for the Philadelphia Eagles from 2017 to 2020, throwing for 188 yards with one touchdown and one interception. He spent the 2021 season with the San Francisco 49ers, who cut him Tuesday.