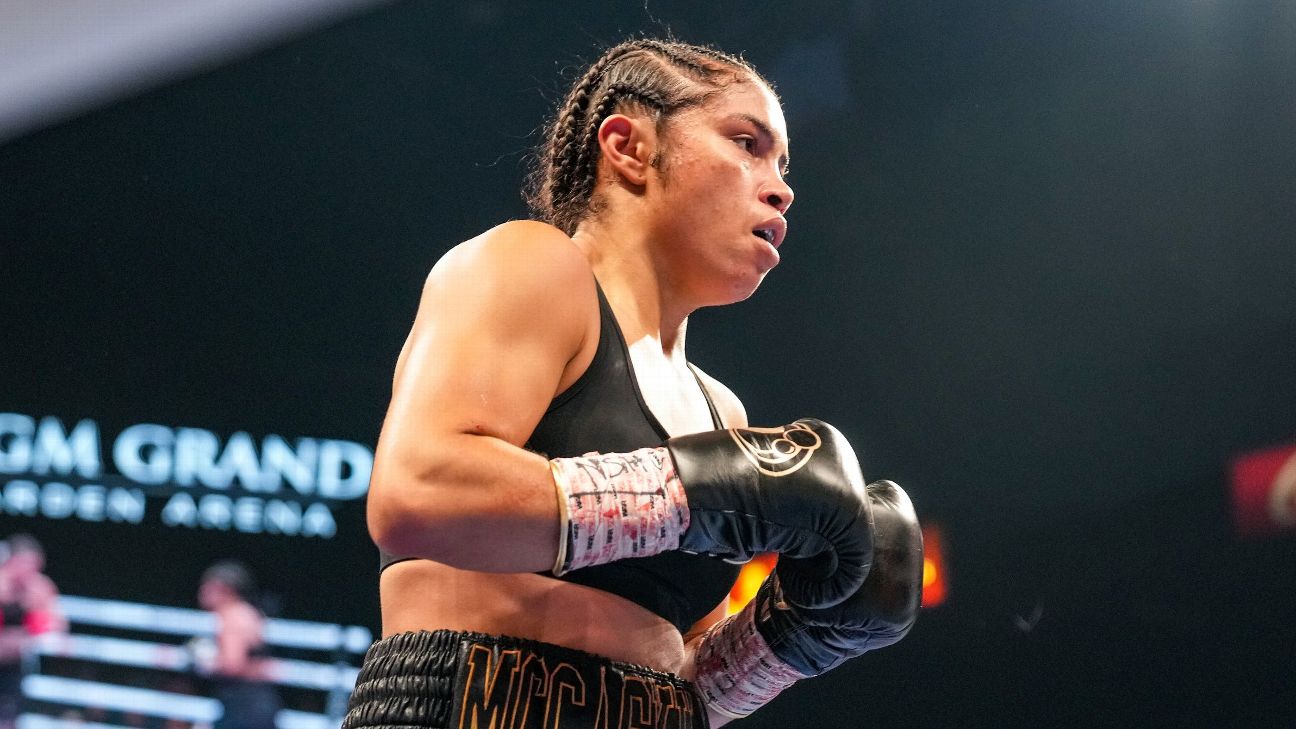 Ramos posted the fight will be for the undisputed championship at junior welterweight, however the WBA and WBO still lists Reis as their champion on their websites. The WBA and WBO did not immediately respond to messages seeking clarification.

The fight, which will take place at Etihad Arena, is one McCaskill had talked about following her last win over Alma Ibarra in June — the third defense of her undisputed welterweight titles.

McCaskill (12-2, 5 KO) has won seven straight fights, including her last two by stoppage. The 37-year-old’s last loss came to undisputed lightweight champion Katie Taylor in 2017 — the only pro fight McCaskill has had outside the United States.

McCaskill has fought for world titles — most of the time holding them — in her last eight fights.

The 31-year-old Cameron (16-0, 8 KO) has held the WBC title since 2020 and the IBF title since last year. She last fought in May, winning a unanimous decision over Victoria Bustos in London — the third defense of her WBC title and first of her IBF crown.

The junior welterweight division has been in somewhat of flux late last year, after Cameron and Kali Reis had won fights to set up a potential undisputed title fight in 2022. That fight never materialized — and Reis went on to nab a lead in the new season of “True Detective,” as her acting career continued to grow — so now Cameron and McCaskill will fight.

The most expensive sports memorabilia and collectibles in history