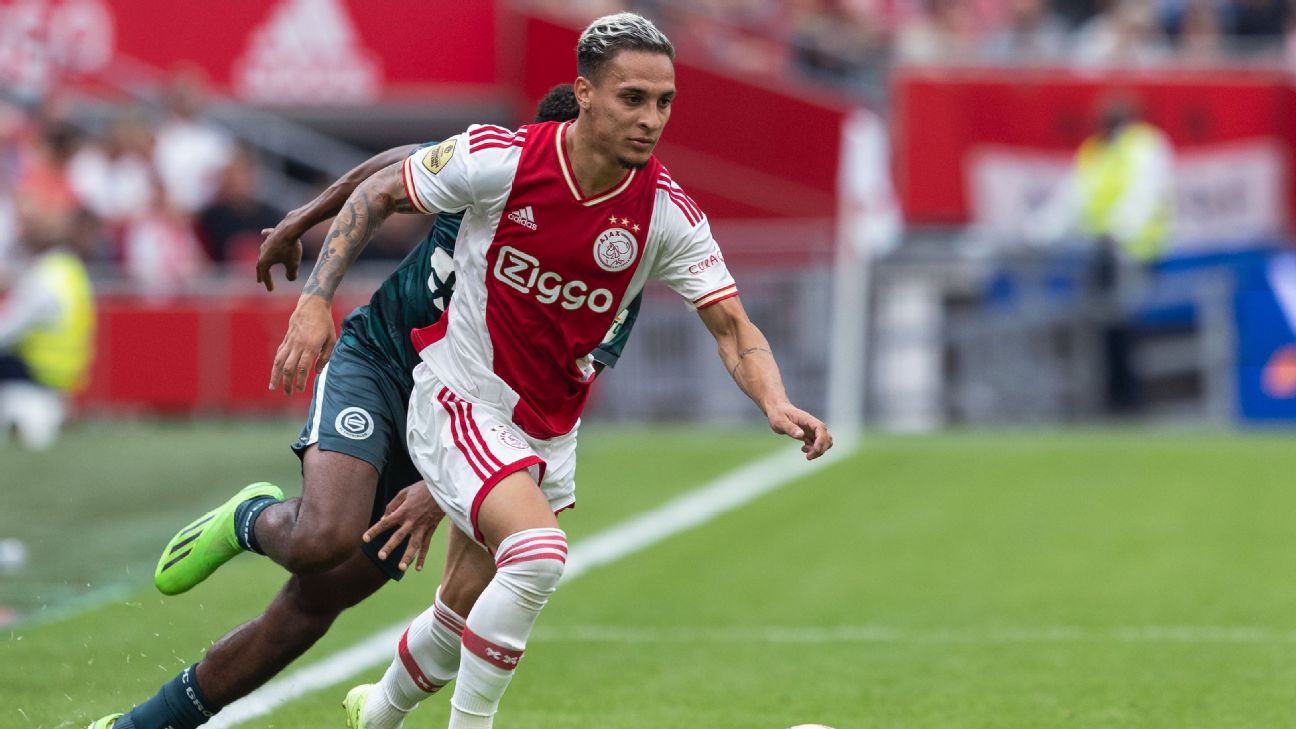 Manchester United have completed the signing of winger Antony from Ajax on a five-year deal, the club confirmed on Thursday.

Antony said: “This is an incredible moment in my career to be joining one of the most iconic clubs in the world. I’m thankful to everyone who has believed in me, especially my family, and all my coaches and team-mates, because I could not have got here without them.”

United agreed a fee for the Brazil international on Monday, which sources told ESPN was worth an initial €95 million with another €5m in add-ons — making it the club’s second-most expensive transfer behind the then-world record €105m (£89.3m) deal to sign Paul Pogba from Juventus in 2016.

– Everything you need to know about Antony
– Stream on ESPN+: LaLiga, Bundesliga, MLS, more (U.S.)

Antony’s move to Old Trafford means he will be reunited with his former Ajax boss Erik ten Hag, who has completed his fifth signing of the summer after deals for Tyrell Malacia, Christian Eriksen, Lisandro Martinez and Casemiro.

Antony added: “Playing under Erik ten Hag at Ajax was perfect for me and my development. His style of football and coaching brings out the best in me, and I am excited by what he has told me about his plans and ambitions in Manchester.

“My time at Ajax was fantastic and I will always be grateful for the trust they put in me, but now I am ready for the next challenge, and I can’t wait to join my new team-mates and play my part in bringing success to Manchester United.”

Antony scored 25 goals in 82 games for Ajax after joining the Eredivisie side from Sao Paulo in 2020, winning two league titles and a KNVB Cup during his time there. He has made nine appearances for Brazil, scoring twice, and helped his country to an Olympic gold medal in Tokyo last year.

John Murtough, United’s football director, said: “Antony is one of the most exciting young talents in European football and has exactly the right profile for the attacking, dynamic team Erik is building.

“We have been especially impressed by his desire to join Manchester United, and to be part of a long-term project to get the club back to the levels of performance we all expect.”

Antony is ineligible for United’s match at Leicester City on Thursday but could make his debut at home to Arsenal this Sunday.

Nick Kyrgios complains of marijuana smell during US Open win