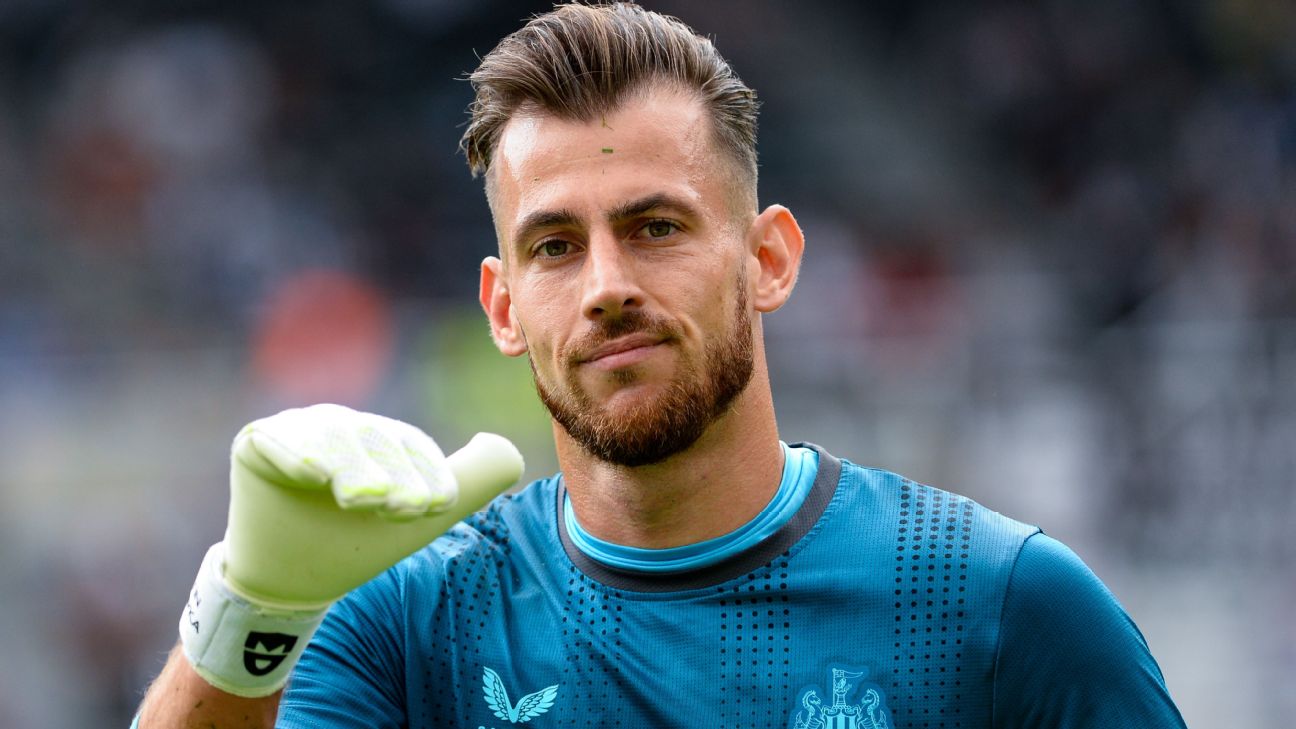 United will pay Newcastle a loan fee of £2 million and also have an option to make the deal permanent at the end of the season. There is an obligation to sign him permanently at £6m if Dubravka starts a certain number of Premier League games.

– Transfer grades: How has your club fared?
– Should United let Ronaldo go for nothing?
– Stream on ESPN+: LaLiga, Bundesliga, MLS, more (U.S.)

The Slovakia international will challenge senior keepers David de Gea and Tom Heaton after the former faced criticism for his part in United’s 4-0 defeat to Brentford last month.

“To be joining Manchester United is a special moment in my career and I can’t wait to get started, and help the group achieve its ambitions,” Dubravka told the club’s official website.

“I am joining an excellent group of goalkeepers with lots of experience in the Premier League, and I know that we will push and support each other to keep our standards at the highest levels. The chance to work with David de Gea, alongside Tom Heaton, is one that I am relishing.

“I’d like to sincerely thank everyone at Newcastle United, and especially the fans, for many great experiences over the past four and a half years. I enjoyed every minute of my time there and made amazing memories to look back on. My focus is now on helping Manchester United, and we’ll see what the future holds after I have given my all this season. I am excited to be here!”

De Gea allowed Josh Dasilva‘s effort from distance to squeeze under his hands for Brentford’s opening goal, while his misjudged pass to Christian Eriksen in his own box led to Mathias Jensen‘s goal.

Manager Erik ten Hag had wanted to add another goalkeeper to his squad after Dean Henderson left on loan to Nottingham Forest for the season.

Dubravka has made 130 appearances for Newcastle since initially joining on loan from Sparta Prague in 2018 and then signing for them permanently that summer.

The 33-year-old has produced a number of impressive performances since then but has lost his starting place to Nick Pope this season after Newcastle signed him from Burnley.