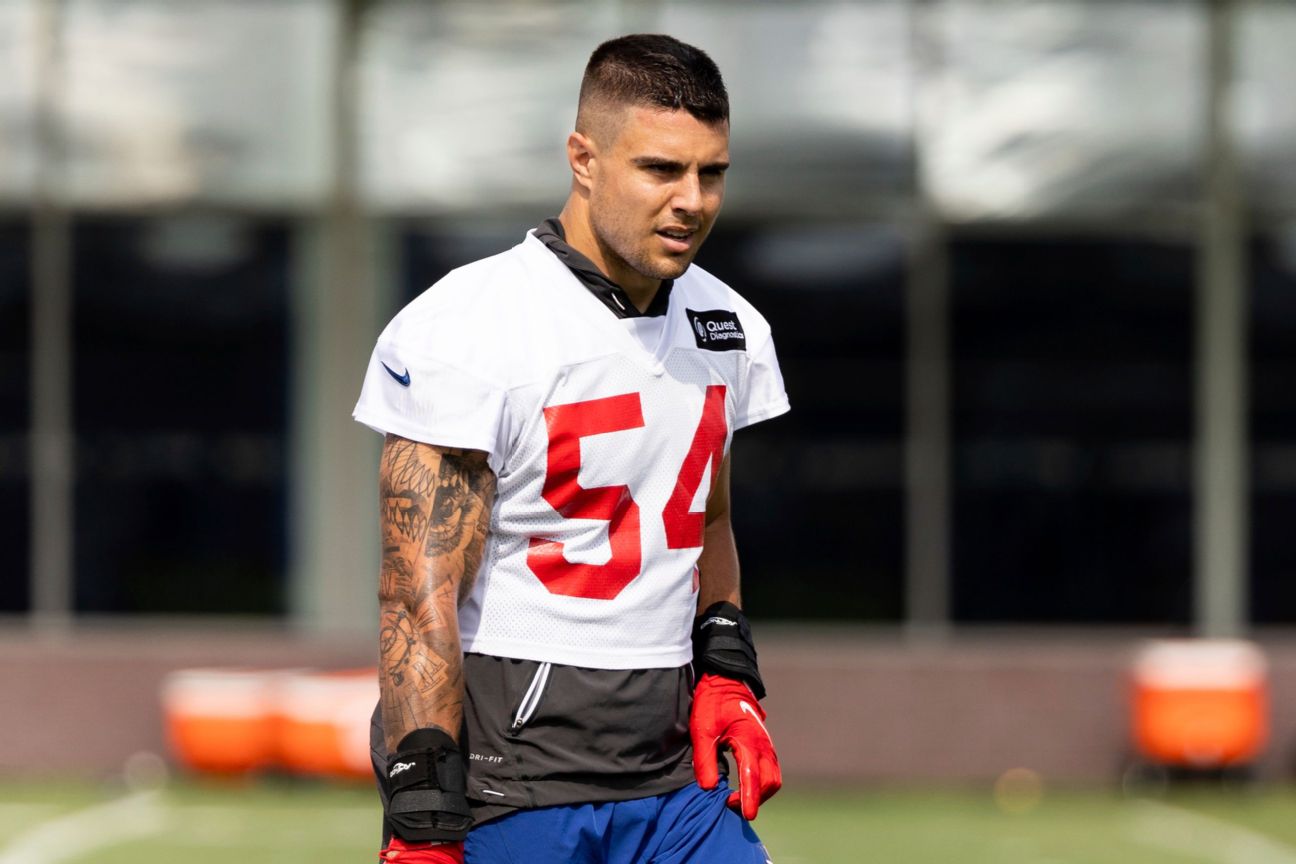 The decision was mutual, according to a source. The two sides deemed it best for both parties.

Martinez was excused from practice Wednesday for what was termed as personal reasons. He was back Thursday, but left the locker room rather quickly when reporters entered.

Several players were talking about what was going on with Martinez. It turns out, he was later released.

The Giants are now left extremely thin at middle linebacker. Rookie Darrian Beavers was next in line but he tore his ACL earlier this summer. New York now has rookie fifth-round pick Micah McFadden and veteran Austin Calitro to possibly fill the void.

Martinez, 28, missed most of last season after tearing his left ACL last September. He started all 16 games during his first season with the Giants and led the team with 151 tackles.

But the regime change put Martinez on notice. The Giants renegotiated his contract earlier this year to save $6 million against the salary cap in the final year of his contract.

The Giants are tight against the salary cap and general manager Joe Schoen said earlier in the day they would have to likely restructure a deal to get cap compliant by next week. But Martinez’s release barely helps them in this manner. New York saves under $200,000 with the move and then has to replace him on the roster.

Martinez is guaranteed $1.25 million this season under the reworked deal.

His roster spot was taken by offensive lineman Tyre Phillips, who the Giants claimed off waivers from the Baltimore Ravens.