Third-seed Carlos Alcaraz tops Federico Coria, advances to third round of US Open 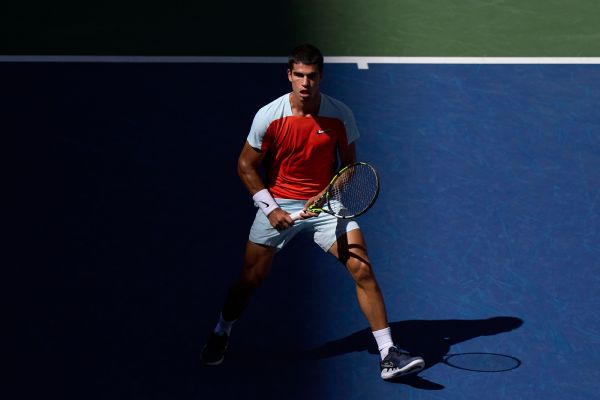 NEW YORK — Third seed Carlos Alcaraz beat Federico Coria of Argentina 6-2, 6-1, 7-5 to reach the third round at the US Open on Thursday.

Alcaraz earned his 46th win of the season, tying Stefanos Tsitsipas for the ATP Tour lead. Tsitsipas was eliminated in the first round of the U.S. Open.

Coria ended Alcaraz’s first professional tournament by eliminating him in the second round in Rio de Janeiro in 2020. Since then, the 19-year-old from Spain has rapidly climbed the world rankings while winning four titles this year.

Brooksby reached the fourth round last year at age 20, taking a set from Novak Djokovic before falling. He was the youngest American to get that far since Andy Roddick reached the 2002 quarterfinals at the same age.

Coric just won the hard-court tune-up in Cincinnati, but Brooksby pulled away after winning the 77-minute second set in the tiebreaker.

Brooksby will play No. 3 Carlos Alcaraz or Federico Coria on Saturday.