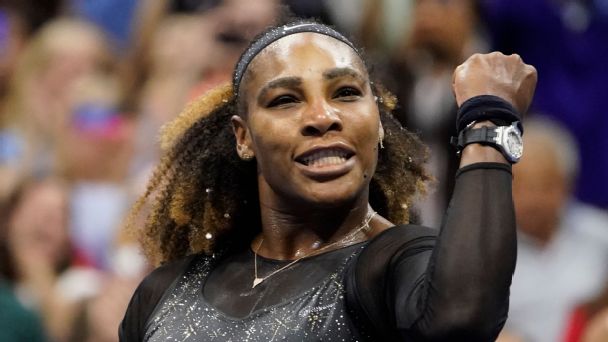 Serena Williams isn’t quite done yet.

Williams’ run at the US Open in what is expected to be her last tournament before her planned evolution away from tennis continued on Wednesday night, as she defeated No. 2 seed Anett Kontaveit 7-6 (7-4), 2-6, 6-2 in the second round. Playing in front of celebrities such as Tiger Woods and Zendaya, Williams looked every bit the legend she is as she recovered from dropping the second set to upset Kontaveit.

It’s starting to feel like something magical is happening at Flushing Meadows. We’ve seen Williams go on incredible runs countless times in the past, but the circumstances surrounding this particular tournament — at the tail end of her glorious career, coming off a leg injury, one year after having withdrawn from the same tournament — are truly special. The crowd was so energized that, at one point, she had to politely quiet the fans down when they were disgruntled after one of Kontaveit’s shots was ruled to be just barely in. Williams will look to continue her run in the third round on Friday, facing Australia’s Ajla Tomljanovic.

Luminaries across the sports world took to social media to pay tribute to Williams after her victory.

Not done yet @serenawilliams 🙏🏽

Never seen anything like what Serena Williams is doing!!! EVERYBODY EVERYWHERE is cheering for her and watching every moment!! I’m a fan and enjoying every minute!!! @serenawilliams 🐐🐐🐐 #USOpen2022

When you see THAT look…it’s a WRAP! #Serena